Picturing the Past: NarrowBoat, Spring 2014

On 24th September 1959, the British Waterways motor boat Rufford has left the towpath (inside) chamber of St Pancras Locks on the Regent’s Canal and the steerer will have just picked up the butty’s towline (the butty’s fore end can be dimly discerned) so as to ‘snatch’ the boat out of the lock with a running hitch round his stern dollies. In the foreground is one of the very smart tugs used on this canal at that time. There were several, named after reservoirs feeding the Grand Union Canal; this one may be the wide beam Naseby. With a powerful diesel engine, reasonable crew accommodation and a wheelhouse, such a tug was quite an innovation on London’s canals. The reason that it was based at St Pancras was the presence nearby of Islington Tunnel, which lies between St Pancras and City Road locks. The barges could be hauled by horse, or later – as seen in another of these photographs – small tractors, from Limehouse to … 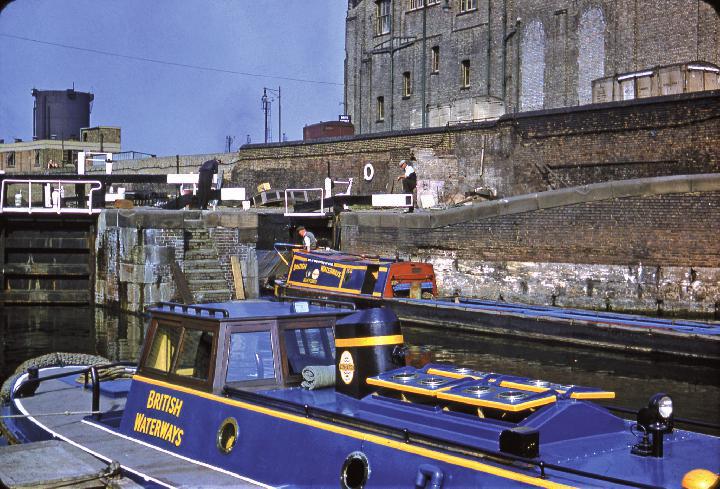