Picturing the Past: NarrowBoat, Spring 2014 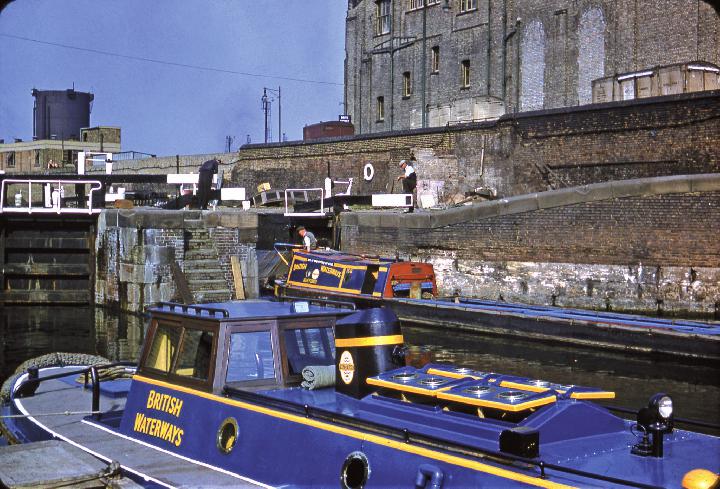 On 24th September 1959, the British Waterways motor boat Rufford has left the towpath (inside) chamber of St Pancras Locks on the Regent’s Canal and the steerer will have just picked up the butty’s towline (the butty’s fore end can be dimly discerned) so as to ‘snatch’ the boat out of the lock with a running hitch round his stern dollies. In the foreground is one of the very smart tugs used on this canal at that time. There were several, named after reservoirs feeding the Grand Union Canal; this one may be the wide beam Naseby. With a powerful diesel engine, reasonable crew accommodation and a wheelhouse, such a tug was quite an innovation on London’s canals. The reason that it was based at St Pancras was the presence nearby of Islington Tunnel, which lies between St Pancras and City Road locks. The barges could be hauled by horse, or later – as seen in another of these photographs – small tractors, from Limehouse to City Road and again from St Pancras to Camden Top Lock, but a tug was required for the mile-long Islington Tunnel. A tow of barges would be assembled at each end and the tug would then tow them through. Meanwhile narrowboats had to make sure that they avoided times when the tug was at work. Getting stuck behind a tug and tow of barges was not to be advised, and meeting them was impossible in the restricted width of the tunnel. The lock-keepers at each end would advise narrowboat steerers of the whereabouts of the tug and its barges. 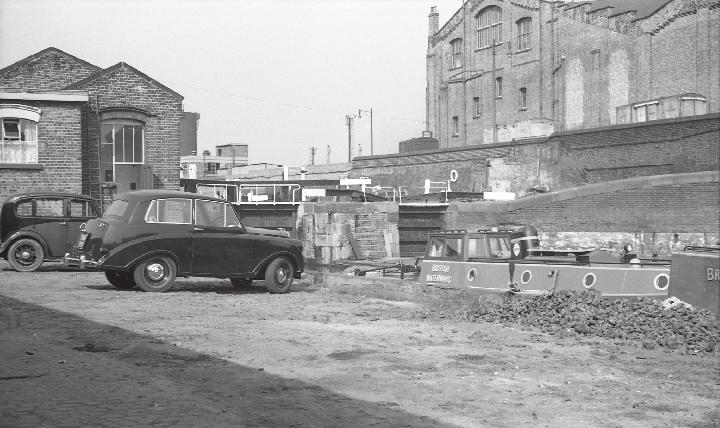 As well as the Triumph Mayflower, this black and white photograph taken on the same day shows the surroundings better. The large brick building on the right was once an interchange warehouse between canal and railway. The towpath can be seen rising to cross the former entrance bridge. At this time there was still an immense complex of railway lines in the area. The former Great Northern line made its way into Kings Cross station through tunnels under the canal and surrounding property, but the GN had interests in South Yorkshire coal and soon constructed an outlet for this commodity via the Regent’s Canal. The approach lines left the main GN line further north and entered the depot at a level higher than the canal. Some years later the Midland Railway came on the scene and, with its interest in Nottinghamshire and Derbyshire collieries, similarly sought a London outlet via the Regent’s Canal, hence St Pancras Basin. A large gasworks was built adjoining this area and the gas holders were, until the arrival of Eurostar at St Pancras, very much a local landmark. Since 2006 the whole district has been given a huge face-lift and, apart from the lock and St Pancras Basin, is virtually unrecognisable. By 1959, the canal interchange traffic had long ceased, but the depot buildings were still in use, and railway trucks can be seen at the higher level, parallel to the canal. 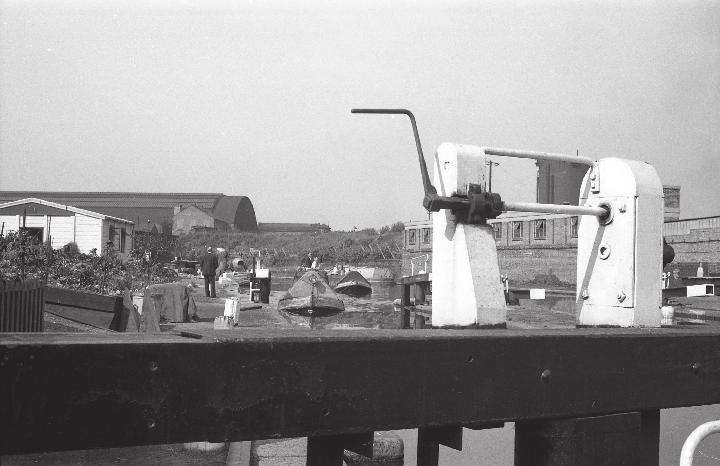 Also on the same day, a British Waterways pair (butty Bordesley) is about to enter St Pancras (outside) lock with a fairly deep load. This was unusual by this time. Some cocoa waste in bags was coming south from Cadbury’s at Bournville, but the boats appear to be unsheeted, ruling this commodity out. They seem to have been carrying something heavy, such as metal, which was more likely to have been coming upwards along the Regent’s Canal. They may have been bound for the River Lee via Sir George Duckett’s (Hertford Union) Canal. A feature of the Regent’s Canal in those days was that each lock was manned daily from Monday morning until Saturday midday, after which all was locked up for the weekend. Some of the lock-keepers had fixed windlasses on the paddles, as may be seen here. This would undoubtedly cause uproar today with health and safety considerations, but nobody seemed to worry then. The white workshop on the left became the clubhouse of St Pancras Cruising Club. The building with the large roof in the background was St Pancras Goods Station, not to be confused with the passenger station, now the Eurostar terminus. 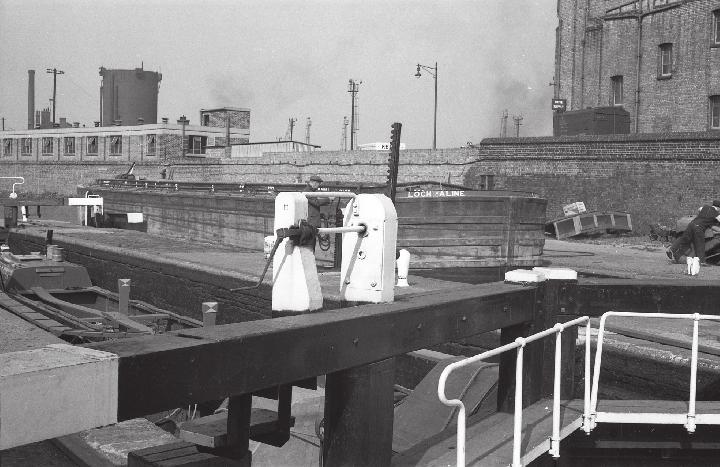 By now the British Waterways pair has almost descended the lock and the empty barge Loch Aline has entered the towpath (inside) lock. The lock-keeper can be seen on the island between the double locks strapping the barge in. The motive power, a tractor, is on the far right, with the towline cast off. The smoke billowing in the background is from Kings Cross locomotive depot, known to ex-LNER railwaymen as ‘Top Shed’. 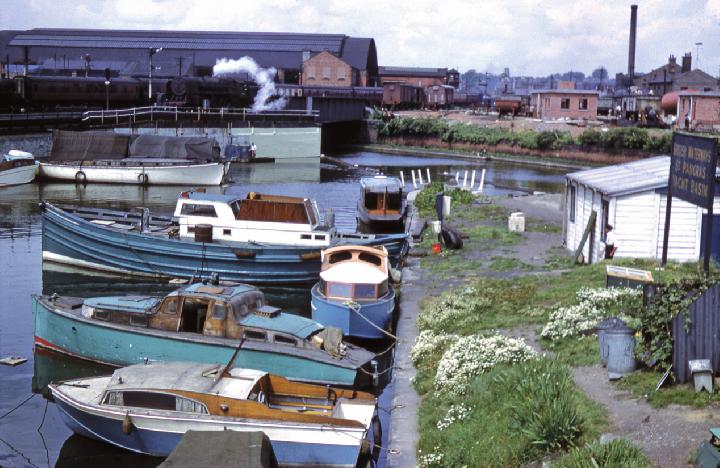 The basin at St Pancras had, by 27th July 1960 when this final picture was taken, become solely the preserve of pleasure boats, the sign proudly calling it a ‘Yacht Basin’, but the main line station was still served by steam locomotives. Today, as then, the basin is the home of St Pancras Cruising Club, which had been founded in 1958. The white workshop became the clubhouse; it is also seen, from the opposite (canal) side, in the top photograph on the previous page.