In a new series featuring some of the last regular cargoes on our waterways, and on the 40th anniversary of the last load, John Pyper recalls the narrowboats that brought grain from London to the Nene

Grain for various mills on the river Nene was, from the beginning, an important traffic on the Northampton branch of the Grand Junction (now Grand Union) Canal. The Grand Junction Canal Company completed the branch to connect Northampton and the Nene to its main line in 1815, after much agitation by the Nene Commissioners and the people of Northampton over the delays. Although the company had built its main line with wide locks, and in its early years intended to promote barge traffic, the branch to Northampton was built with narrow locks to save both water and money. There was, however, the proviso that if the locks at Watford and Foxton on the (original) Grand Union Canal, which had opened the previous year, were to be widened at a later date, then the locks on this branch would have to be widened also. The Grand Union’s Act had added another complication in its requirement that Watford and Foxton locks must be widened if the Grand Junction Canal Co were subsequently to guaran… 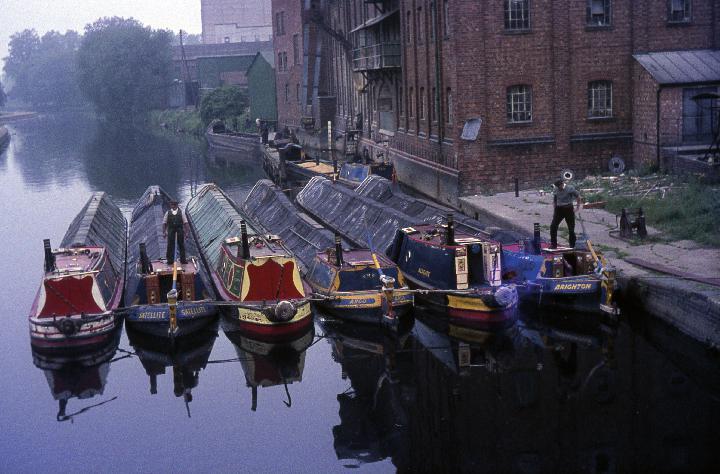