David Martin was involved in carrying some of the last coal by narrowboat to United Dairies in Banbury, which was also some of the last traffic carried by Samuel Barlow’s fleet. He worked with Steven Woolford from about September to Christmas 1961. They worked on several trips with the single motor Hardy, then a couple of trips with Gertrude as the butty. They gave up when they became iced in at Cropredy and residual mud, which had accumulated in the otherwise drained cooling system, froze and damaged the engine. Hardy was sold to the Measham Angling Society in April 1962. HORSE BOATING TO THRUPP… 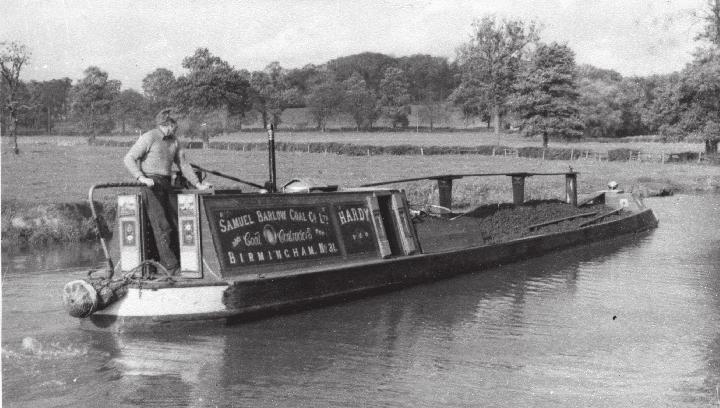