The River Weaver is very much Cheshire’s river, running wholly within the boundaries of the county. It rises near Peckforton, running first south-east, passing under the Llangollen Canal at Wrenbury, then east through Audlem just below the locks, and north-east through Nantwich. It becomes navigable at Winsford and continues north to Northwich, where it finally turns west to join the estuary of the River Mersey at Frodsham. It is probable that small boats have used the lower reaches since earliest times, despite the presence on a 1720 map of 26 fords and three weirs between Frodsham and Winsford. The Story of Salt Natural brine springs occur in the area around Northwich, and boiling the brine drives off the water to leave crystals of white salt, a valuable commodity. During a search for coal in 1670 a bed of rock salt was found at Marbury, and before long many small pits had been set up to extract the rock salt along the banks of the River Weaver and Witton Brook near Northwic… 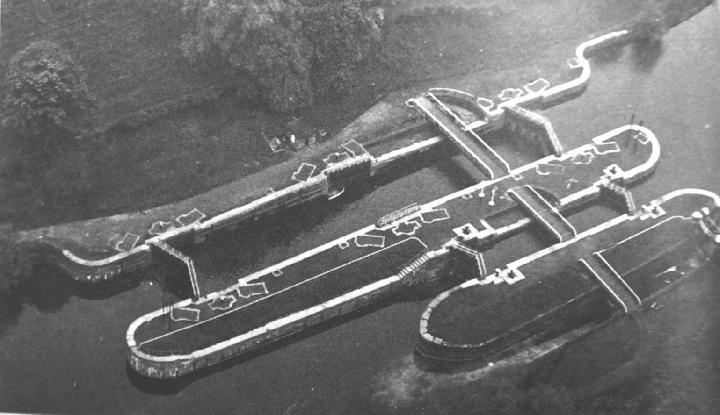