Picturing the Past: NarrowBoat, Summer 2013

Described as a ‘crime story for children’, the 1946 film Jean’s Plan was based on an original story by J.O. Thomas and was directed by A.C. Hammond and filmed at Merton Park Studios in South Wimbledon and at various locations on the Grand Union Canal. The story follows a jeweller’s daughter’s attempt to prevent thieves from stealing a valuable diamond necklace by taking refuge on a pair of working boats until the thieves could be arrested. The Second World War was almost at an end, and the resurgence of canal traffic that it engendered was slowing down. There were enough boaters left working for the Grand Union Canal Carrying Company to deal with the remaining cargoes, so the boats chosen by that company to take part in the filming were the pair still being worked by Training Scheme veteran Eily (Kit) Gayford, Battersea and Pavo.… 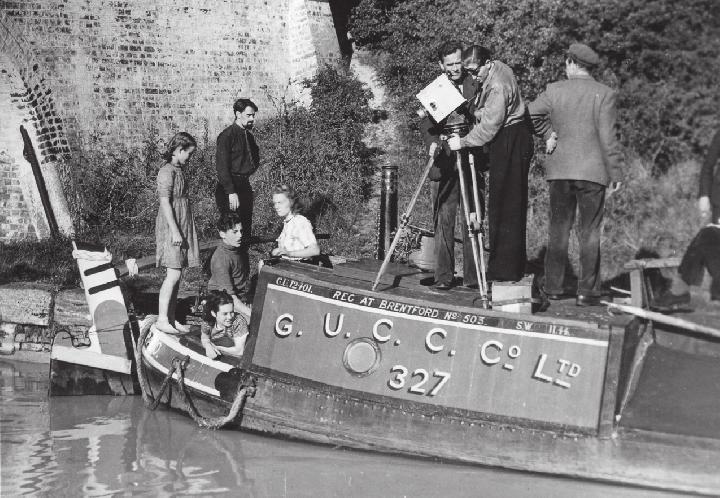