Canals That Never Were: NarrowBoat, Autumn 2013

The rich agricultural districts of East Anglia are relatively close to London, but there has never been a direct waterway connection to take produce to the city markets, despite the huge increase in population. The opening of the Stort Navigation in 1769 left a gap of only 28 miles between Bishop’s Stortford and the River Cam at Cambridge. Robert Whitworth was instructed by the City of London in 1779 to survey a canal link, but his report the following year attracted fatal opposition from Lord Howard de Walden, who objected to the route across his estate in front of Audley End House at Saffron Walden. The project was revived a decade later; this time John Rennie set out a canal which avoided Audley End by means of two tunnels, and bypassed Cambridge by an extended line passing near Newmarket to the Little Ouse at Lakenheath. Despite the changes, this was also killed by opposers, and the scheme was not then seriously reconsidered until 1810. In that year Ralph Walker prepared pl… 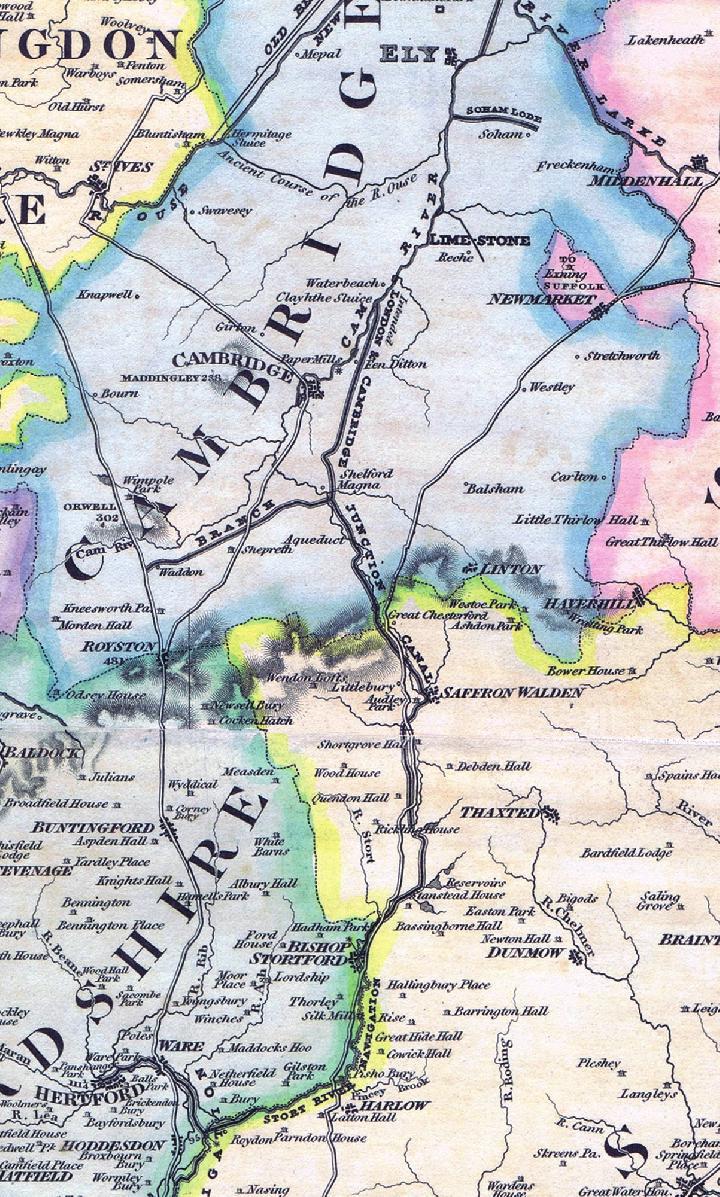