The River Nene, one of the lesserknown of our navigations, forms an important link between the fenland and Great Ouse system on the one hand and the main midland canal network on the other. It rises in west Northamptonshire, near Badby, and is little more than a brook for its first 17-or-so miles, during which it falls no less than 300ft. Near Northampton its course is joined by several more streams, including the ‘Northern Water’, coming down from the Market Harborough area, and here it becomes navigable for boats up to 80ft by 14ft all the way to the sea at ‘Crabs Hole’ near Sutton Bridge, some 91 miles away. In this distance it falls less than 200ft and, of this length, 25 miles are tidal. The river may have been navigated in prehistoric times, but with the arrival of the Romans after 43AD the entire valley of the Nene took on an economic importance. Potteries and iron working developed in the Caistor area, some miles upstream of Peterborough, while a series… 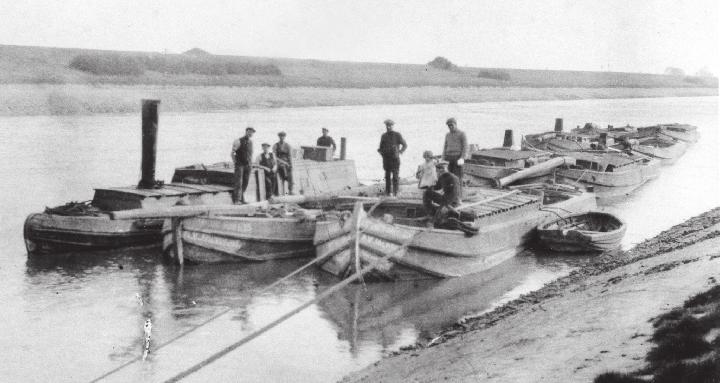