The Regent’s Canal runs from what is now the Grand Union Canal at Paddington to join the River Thames at Limehouse. Whilst it was only just over 8½ miles in length, it took just over 8 years to build. What was expected to be a simple straightforward project met with a series of problems and cost vastly more than the original estimate. There had been several earlier plans to build canals into London but these really crystallised once the Grand Junction Canal’s branch from Southall to a basin at Paddington opened on 10th July 1801. In 1802 a canal from Paddington via Islington, Shoreditch and Bethnal Green to the West India Dock was promoted, but attracted strong opposition from landowners due to the route crossing land scheduled for development. With difficulties also over water supplies, no progress was made.… 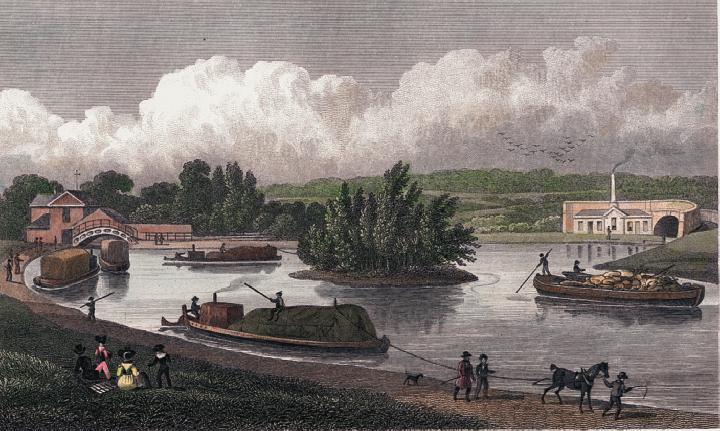