Canals That Never Were: NarrowBoat, Autumn 2012

From the 1770s small, cheap tub-boat canals which hugged the contours, and with their levels connected by inclined planes, were seen as a solution in the West Country to the heavy expense of carting inland the calciumrich sea sand which was invaluable as an agricultural soil conditioner for the acidic upland farms. The biggest such scheme was the Tamar Canal. It was initially promoted by John Edyvean, building on his experience with the St Columb Canal, and was intended to run sea-to-sea from Bude to Calstock with five inclined planes and one short tunnel. Parliament authorised the project by an Act in 1774. The circuitous 90 miles of its course looping up every side valley was seen as an advantage, enabling it to directly service as many of the elevated farms and estates as possible, but Edmund Leach, who surveyed it, later admitted in his book on the subject of tub-boat canals that the hasty levelling was very erroneous. It is certainly impossible to reconcile the quoted rise to th… 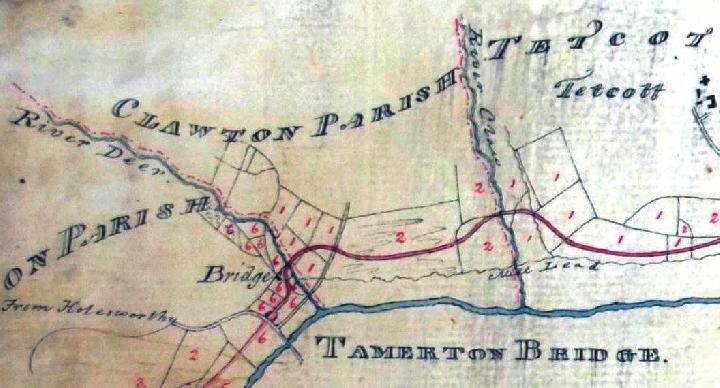