A recent Griffiths’ family gathering has caused Chris M. Jones to review some aspects of the John Griffiths’ story

I recently found a photograph of John Griffiths’ steamer Speedwell in the Bert Dunkley Collection at the Waterways Archive. It showed the funnel to be set further back, and a different cabin design to that depicted on the cover of Autumn 2011 NB. I based this illustration on the only picture I had of a Griffiths’ steamer at the time which was Jubilee. I subsequently updated my original picture for several prints I supplied to members of the Griffiths’ family, the detail of which you can see alongside. Griffiths’ Steamers A lot of the grain carried by John Griffiths Jnr was taken to Coventry and Banbury, but this traffic was not always consistent and in 1909 grain to Banbury and Coventry had dried up and was passing by rail. At the same time he was loading his boats with grain at Preston Brook, to where it had been brought from Liverpool. Griffiths tried to get the London trade back by canvassing the canal companies for lower tolls. One of his plans was to use … 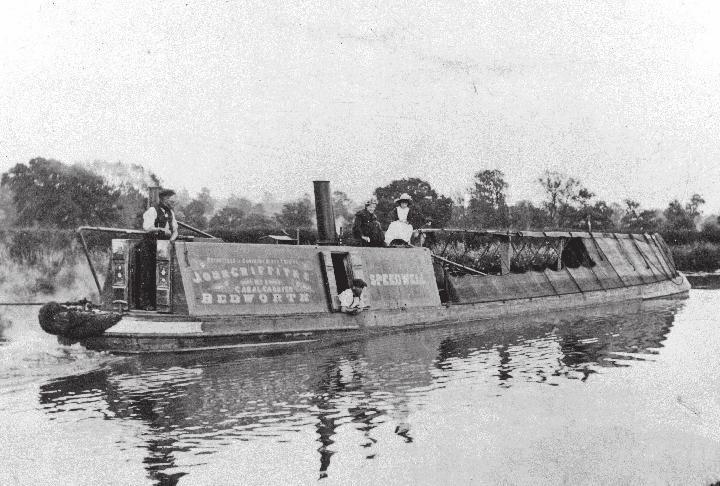