The Docks & Inland Waterways Executive of the British Transport Commission came into being effectively from 1st January 1948 when the government of the day nationalised most of the country’s inland waterway companies as part of its policy of bringing many key industries under public control. The D&IWE divided the country into four divisions, with the narrowboats of the former Grand Union Canal Carrying Co providing the basis of its new South Eastern Division fleet based at Bulls Bridge in Middlesex and trading as British Waterways. A year later this fleet grew significantly when a large number of narrowboats operated by Fellows, Morton & Clayton of Birmingham was acquired. Whilst FMC was an important carrier on the Grand Union Canal, it also operated services between the West Midlands – based on Birmingham and Wolverhampton – and the North West using either the Trent & Mersey Canal through Stoke-on-Trent or the route based largely on the Shropshire U… 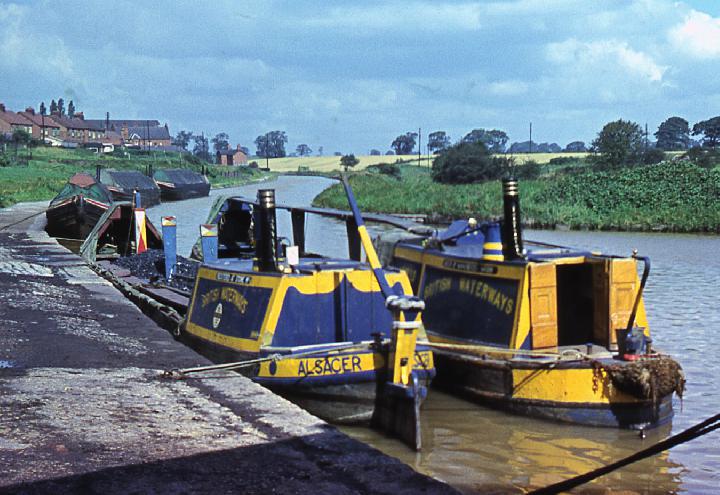