Birth of the Canal Network

Canals That Never Were: NarrowBoat, Summer 2012

Inland navigation in Great Britain was never conceived as a system, and rivers were improved on an ad hoc basis simply to meet local needs for better transport. Some visionaries saw the benefit of joining the Severn with the Thames or the Trent or other such links, but with the advent of canals the old pattern continued. The early artificial waterways, such as the Sankey, Stroudwater or Bridgewater, were either short extensions to existing navigations built for the local river craft, or opening up new channels for specific local trade. The Staffordshire potters initially followed this trend, as they planned from 1758 an outlet to the River Trent and the port of Hull, but in the next few years the project matured into a canal right across England connecting the Potteries with both the Trent and the Mersey. By 1766 when their Act was passed, the idea of a system had already taken hold, with the decision to link the northern end into the Bridgewater, and a separate canal authorised at th… 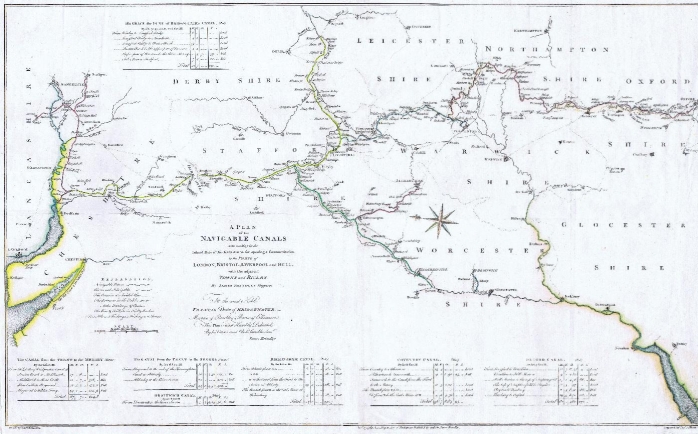