Canals That Never Were: NarrowBoat, Autumn 2011 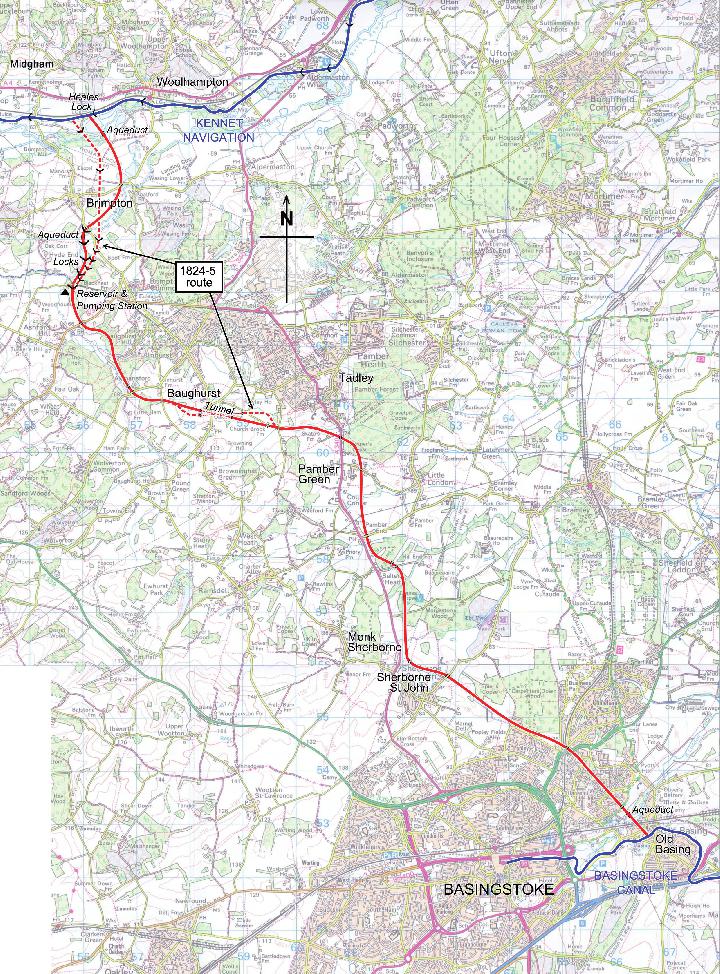 Based on Ordnance Survey mapping © Crown copyright: AM017/11

In promoting and building the Basingstoke Canal, opened throughout in 1794, the promoters always aspired to it becoming part of an important through route either to the south coast via Andover, or to Bristol. After the opening of the Kennet & Avon Canal in 1810, a link to it was the easiest option. This would have formed a Bristol to London line which avoided much of the inefficient Thames Navigation, and several routes were investigated. The project eventually moved forward in 1824 with the engineer Francis Giles being employed to find the shortest convenient junction, and finance promised from both existing companies.

His surveys produced a scheme 13 miles long from Old Basing, largely at the Basingstoke level, then falling nearly 50ft by seven locks to the Kennet Navigation near Midgham. The route involved several embankments, cuttings up to 45ft deep, and a half-mile tunnel at Baughurst, at a total estimated cost of £117,600. The application to Parliament was well supported, but opposed by the Thames Commissioners and several affected landowners who managed to spin out the committee stage until the Bill had no hope of passing in that session.

The promoters tried again in the 1825–6 session. Giles had modified the scheme at the northern end to concentrate the fall in five deep locks, with a culvert and steam engine to return the lockage water, and a straighter line at Baughurst which reduced the proposed tunnel to 660 yards. The Thames Commissioners were bought off by an undertaking to make good any loss of revenue, but several landowners persisted in their opposition and successfully defeated the application early in 1826.

Although the proposal was discussed for a few years more, there was no further attempt to obtain an Act, and the Basingstoke Canal remained a dead end in terminal financial decline. 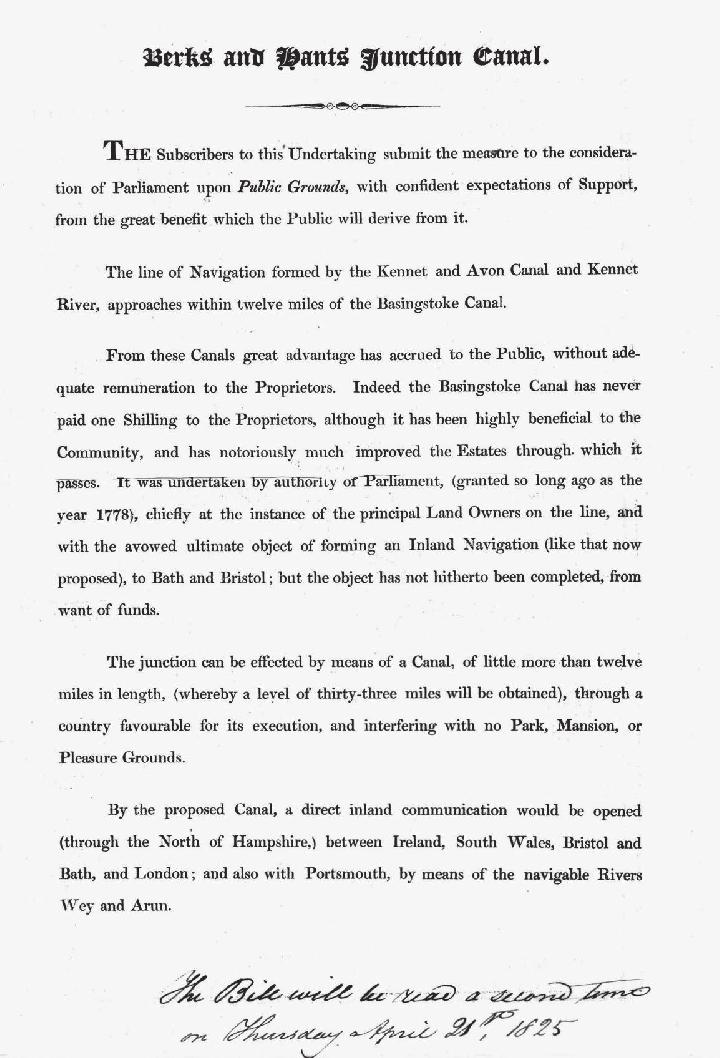 A promotional leaflet for the Berks & Hants Junction Canal