Harold or ‘Harry’ Sabey was born in 1867 at Great Barford in Bedfordshire. In the late 1880s he joined his brothers, Joseph and James, in Willesden, north London. By 1891, his brothers worked as bakers and biscuit makers, whilst Harry was working as a carman and contractor. Harry started in business with his two brothers towards the end of the 19th century. In 1897 H. Sabey & Co was listed as a contractor at 27 Willesden Lane, and by 1903 was also listed as operating out of 8 South Wharf, Paddington Basin. Conveyance of materials by canal and road were offered including: • Coal delivery • Sand from pits • Ballast from pits • Barge haulage (by tug, arranged from Paddington Basin depot) • Storage and removals. By 1913 H. Sabey & Co had expanded into 7 and 8 South Wharf, and by 1923 had also taken on 9 South Wharf. In December 1924 The London Gazette reported that the three brothers’ partnership in H. Sabey & Co had been disso… 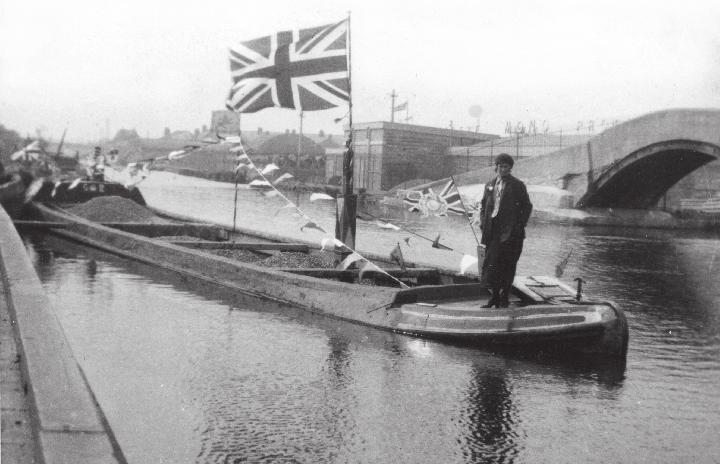