A fine study of the late Jim Peasland steering Samuel Barlowâ€™s Malta above Talbotâ€™s Lock, on the Grand Union Canal between Fenny Stratford and Three Locks on 9th September 1961. At this time Samuel Barlow Coal Co was up for sale and in fact had but three more months to exist, before it was taken over by Michael Streatâ€™s Blue Line Ltd. The entire canal carrying business, including four pairs of working boats, several single boats and their carrying contracts, was advertised in autumn 1961 for Â£5,000. The Peasland family continued working for Blue Line until the following year when they left boating following the â€˜great freezeâ€™ of December 1962 to March 1963. Malta was built by Barlows at their Braunston Yard in 1942/43, going into service in June 1943. It was patriotically named after the island that had then recently emerged from withstanding a lengthy siege and bombardment, for which the entire population was awarded the George Cross. … 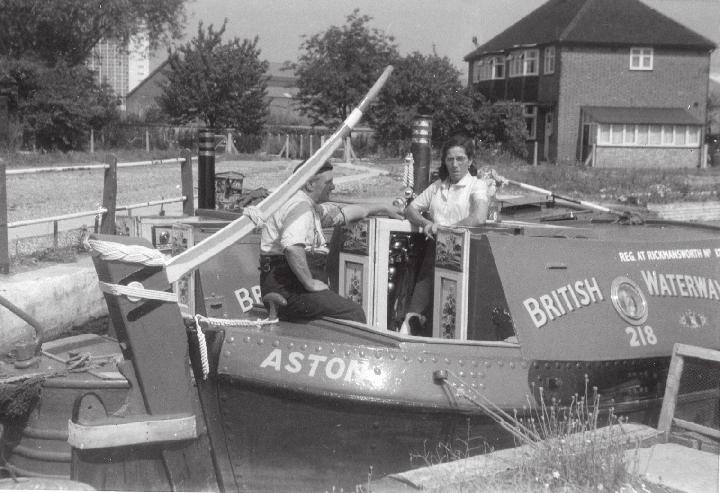