Canals That Never Were: NarrowBoat, Spring 2010

A link across Cornwall between the rivers Camel and Fowey through Bodmin was examined several times during the Canal Age. The carriage of lime and sand for the improvement of inland agricultural areas was envisaged, with the possibility of some sea-to-sea traffic avoiding the dangers of Land’s End if the locks were big enough. Sir William Molesworth seems to have been the leading proponent, and by the time he turned to John Rennie for advice, attention was focussing on the easier northern portion in the Camel Valley. Using surveys by James Murray, Rennie proposed a canal on the south side of the river from an entrance lock and barge basin at Guinea Port, half a mile above Wadebridge, rising 47ft to Dunmere Bridge near Bodmin, where water could be fed in from the Camel. A lock opposite Polbrock, and three more near Cotton Wood, would be arranged to pen several small boats suitable for use on inclined planes, as these were likely to be used should it be decided in future to extend… 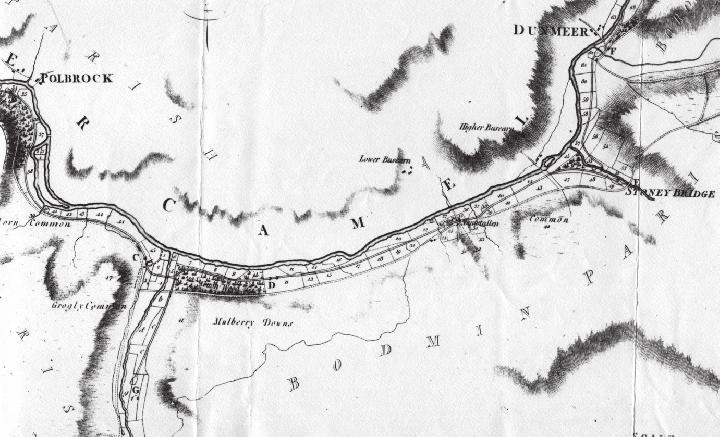