Hugh Potter looks at an ingenious system to prevent loss of excess water in the case of a canal breaching. Thought to have been invented by James Brindley, there is serious doubt that the system would have worked, despite being installed on several canals over several decades

We are all familiar with the use of stop planks to close off a section of canal in an emergency. However, as has been demonstrated in several recent incidents, by the time a breach is reported and staff have reached the scene, most of the water is lost, with potentially devastating effects both to boats on the canal and to property nearby. This problem was recognised from the earliest days of artificial navigations and an ingenious solution was found, usually attributed to no lesser person than James Brindley. Few boaters today are aware of the solution, as it mostly lies hidden beneath the water. The concept is similar to that of lock gates, but pivoting on a horizontal, rather than vertical, axis. The gates, often in pairs, lie flat across the bottom of the canal at a suitably narrow place, usually a bridgehole. The theory is that, if a breach occurs, the flow of water causes one of the gates to rise to a vertical position, where it is held by a sturdy post or stonework, and stops t… 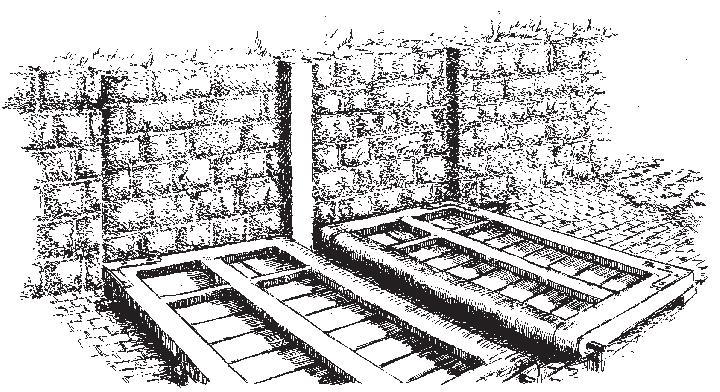