Canals That Never Were: NarrowBoat, Spring 2011

The River Tame runs south-east along the edge of the Black Country, and this valley in the plateau offered an easy route which attracted several early canal schemes, although the higher but already more industrialised area to the west was chosen for the original Birmingham Canal. Improvements to what became the BCN main line, completed in 1838, compounded the major bottleneck for through traffic at Farmers Bridge Locks in Birmingham. Earlier plans for a canal from the Walsall Level near Toll End, locking gently down the Tame Valley to the Birmingham & Fazeley Canal at Salford Junction, were dusted down as the preferred solution, for which Parliamentary powers were obtained the following year. James Walker, appointed as consulting engineer for this Tame Valley Canal, soon recommended improvements to modern standards by cuttings and embankments straightening out the curves, and prolonging the Walsall level as far as Perry Barr where the lockage would be concentrated to aid back-pump… 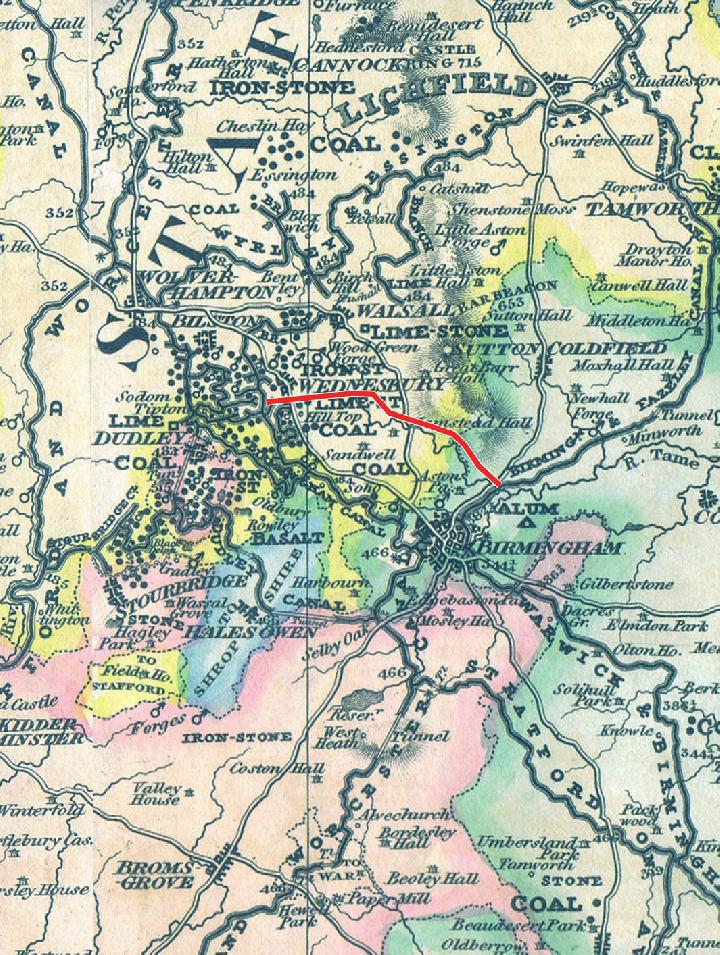