Ian Moss photographed one of the last traffics on the Leeds & Liverpool Canal: from Crooke to Athol Street gas works

Crooke, on the Leeds & Liverpool Canal about three miles west of Wigan, originated as a mining village. The John Pit nearby had closed by 1954, but the railway system – dedicated to coal carrying and dating from at least a century before – continued to bring coal to the canal from the washery at Gidlow, which served a number of adjacent mines about two miles from Crooke. Latterly the operation was conducted with wagons condemned for main line use and two brightly painted tank locomotives. Athol Street gas works – one of Liverpool’s earliest – was a principal customer for the coal from Crooke. The works were very near the Stanley Dock branch of the canal. They closed a few years after canal traffic ceased and the site is now modern housing, including ‘Canalside Grove’. The Leeds & Liverpool Canal from Crooke to Liverpool is almost ideal for commercial traffic. There are just two sets of locks. The first is at Dean, about a mile from Cr… 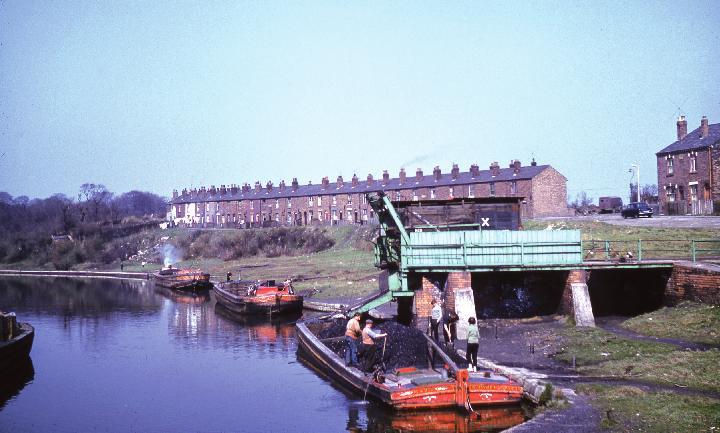