My childhood village of Ellesmere was at the end of the small arm which joined the main Llangollen Canal near Beech House. This had been built as canal company offices, but was by then used as rented accommodation. Next to it stood the canal maintenance yard. This was where, in April 1948, I became a canal worker at the age of 16. There were about twenty other workers at the depot and I was put with an old man, Edgar Ernest Thomas, who was the sole maintenance fitter. The rest of the workers were joiners, blacksmiths, sawyers, painters and plumbers, and three men who worked in the dry dock doing repairs to the few remaining narrowboats still used to carry out repairs on the canal between Llangollen and Hurleston. These boats were mainly used to lock up tools and to carry clay to wherever there might be a leak from the canal. As well as the narrowboats, or barges as we would call them, there were flat- bottomed punts, which could float in the shallow water close to the towpath, and co… 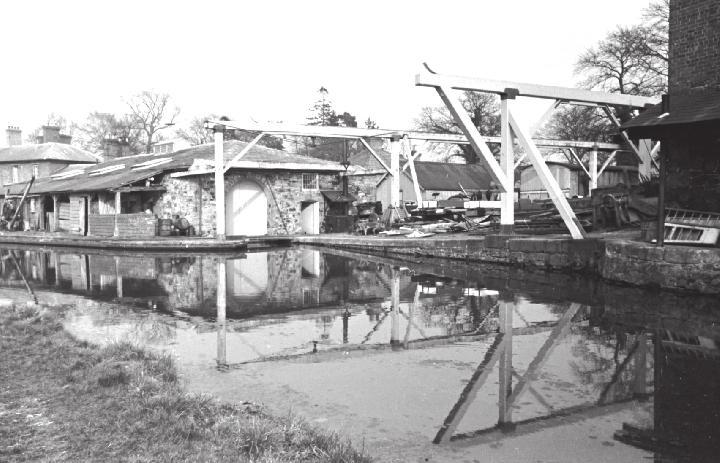