Totally different from the canals that normally grace the pages of NarrowBoat, the Manchester Ship Canal was built on a large scale to enable deep-sea ships to penetrate inland, and is in fact substantially a river navigation. Its construction was more akin to a large railway project and, being well into the era of photography, there seems no aspect of its construction and early years that was not covered. The building of the Bridgewater Canal and, later, the Liverpool & Manchester Railway, facilitated the extensive import and export traffic generated by Manchester’s growing cotton and heavy engineering industries, but did not solve the basic dilemma being suffered by Manchester’s business. This was that, one way or another, all Manchester’s foreign trade was at some stage handled in Liverpool Docks, and was thus subject to such dues as that city could extract from its rival. It is not generally known that in the mid-19th century Manchester was becoming a ghost … 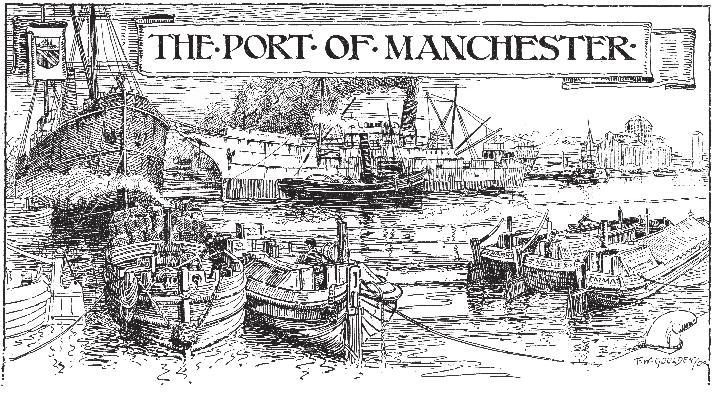