Canals That Never Were: NarrowBoat, Spring 2006

The original proposal for the Grand Junction Canal passed two miles to the west of Watford, and a branch towards the town was added to the scheme in October 1792, being authorised with the main canal the following April. It would have run from the pound above Lock 79 at Croxley on the level to a basin near Watford Bridge. Later that year the company’s engineer, James Barnes, surveyed an extension to St Albans, and a separate Act for this received Royal Assent in 1795. The main map shows the Grand Junction as built in dark blue, with the two proposed branches in red. Whilst the Watford Branch was a straightforward canal, the nine miles or so onwards to St Albans was to be a canalisation of the rivers Colne and Ver, with roughly half being in the channel as marked by blue dots, the remainder being cuts of varying length to avoid the watermills. The positions of the locks needed to accommodate the rise of around seventy feet are estimated on the map. The company was not in any ini… 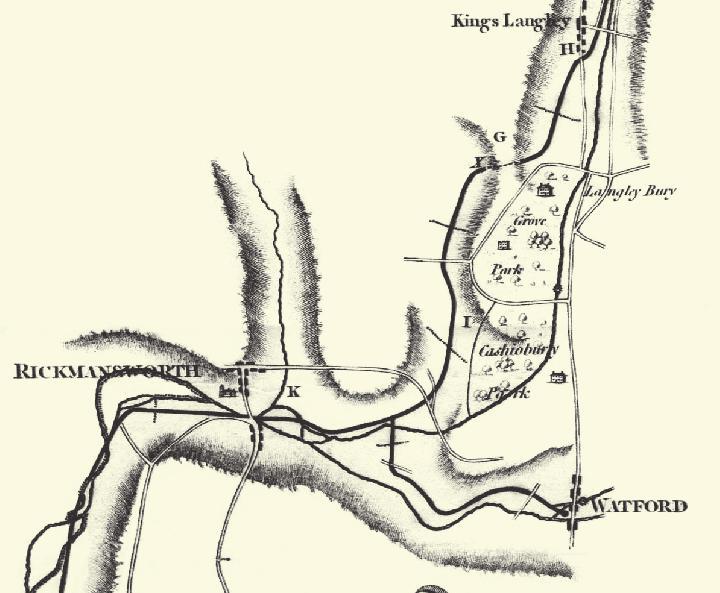