Jim Marshall recalls the work of Joe Gilbert and Jess Owen at Charity Dock, Bedworth, and an incident with the Skinners involving old 'white' £5 notes

Everyone who met Joe Gilbert of Charity Dock at Bedworth on the Coventry Canal was aware of being in ‘a presence’. Today he would be regarded as a character or personality. Attempts would have been made (and rejected) for him to appear in the media. He always reminded me of another of my heroes, Rod Steiger. Both men were quiet tough guys, who were difficult to provoke, and only insensitive fools would have tried it on with either of them. Joe’s ‘marriage’ to his right-hand man and master boat builder, Jess Owen, was inspirational to behold. Jess was in some ways the perpetually nagging wife who never quite acknowledged that Joe knew a great deal about boats, and old engines in particular. Jess had left ‘the hateful pot bank’ in the Potteries, and became a ‘timeserved’ boatbuilder at the Anderton Company. He worked with Ernie Thomas keeping the coal boats going in the Second World War. He graduated to Braunston – Frank Nurse… 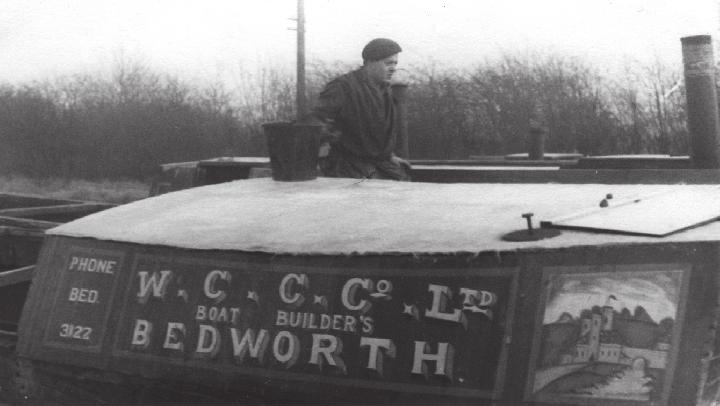