Canals That Never Were: NarrowBoat, Autumn 2010

The tidal reaches of the River Tyne were vital to the developing port of Newcastle and the collieries of Northumberland and Durham. During the ‘Canal Mania’, earlier suggestions for extending navigation further inland developed into a proposed waterway right across northern England from the Solway estuary to the Tyne. Ralph Dodd made preliminary surveys, and towards the end of 1794 reported that a route was practicable with little difficulty from near Carlisle to Newcastle, but proposing an initial line on the south side of the Tyne only between Hexham and Newcastle. For the western terminus an extension to the existing harbour at Maryport was soon preferred, and in this form the whole project was resurveyed by the Newcastle engineer William Chapman who estimated the total cost at £355,000. Chapman used a different route east of the summit, with a level pound north of the Tyne all the way from Haydon Bridge to Newcastle, which could be connected to the river by an in… 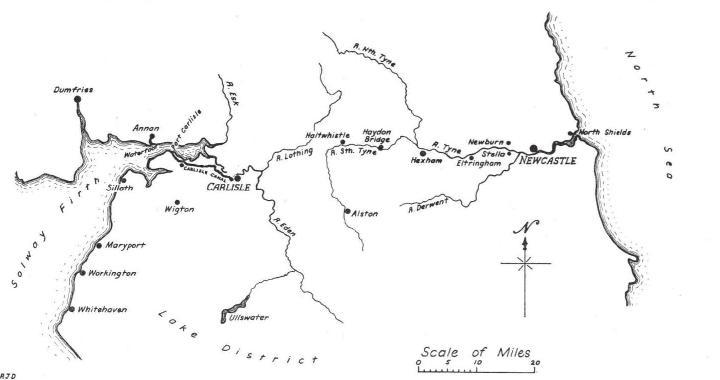