Picturing the Past: NarrowBoat, Winter 2010

Mersey Weaver’s France, towing an unseen butty, heads south into Preston Brook Tunnel, past an unidentified ‘Severner’. The latter is one of the former Severn & Canal Carrying Co’s motor boats built in the mid 1930s by Charles Hill of Bristol, by then working as a maintenance boat with very faded British Waterways signwriting. France entered the Anderton Company’s fleet in 1935 and passed to Mersey Weaver in 1954. She was still in the fleet when it was absorbed into BW in 1958. The cottage on top of the portal was demolished in the early 1960s. The other, semi-detached, house is still standing but the tall wash-house chimneys have gone. 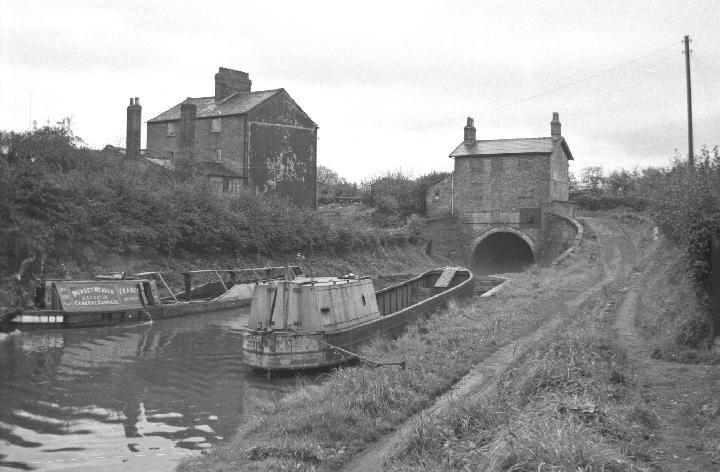