Canals That Never Were: NarrowBoat, Winter 2010

Richard Dean looks at a project to link the Grand Junction with the Wilts & Berks – a scheme which might yet have a future!

The London & Western Canal scheme from Hampton Gay on the Oxford Canal to London would have passed close to Aylesbury, but Parliament preferred the rival Grand Junction project in 1793. Perhaps to defend this territory, a branch canal from Marsworth as far as Aylesbury was one of several promoted by the GJ, being authorised by their 1794 Act, but with money being short and other priorities they made no attempt to build it, hoping at one stage to accommodate the town with a tramroad. When the Wilts & Berks Canal was being built, the proprietors knew it would depend on the River Thames for a connection to London and the Midlands. That navigation was very unsatisfactory, and from an early date they had ideas of avoiding it by a canal extension from Abingdon via Thame and Aylesbury to join the Grand Junction Canal. In 1809–10 interest revived as the W&B opened, and the Abingdon to Marsworth link was formally promoted as the Western Junction Canal and brought to Parliame… 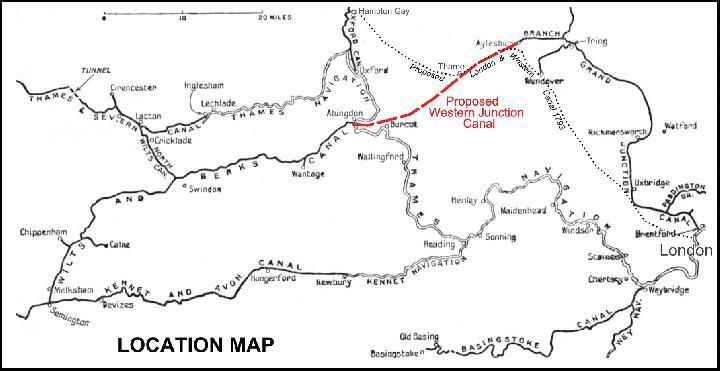