Christmas on the Cut

In December 1942 Eily Gayford (‘Kit’ or ‘Kitty’ in her life on the boats) was approaching the end of her first year with the Grand Union Canal Carrying Company, training women to work pairs of boats as part of the war effort. With Molly Traill she had initiated this scheme under very harsh winter conditions during the previous February. First they had gone on a trip, much delayed by ice, with a pair of boats worked by a boatman and his wife, and then they had together taken a pair with two trainees. However in May they had split up, each to take a pair with two or three recruits on training trips until they in turn could take on a working pair. Kit’s boats at this time were the motor Battersea and the butty Uttoxeter. Her Christmas trip in 1942 is well recorded in her diary and is anticipated in the entry for 10th December describing their return to Bulls Bridge depot, which she simply calls “the Bridge”, from the previous trip: Let go &… 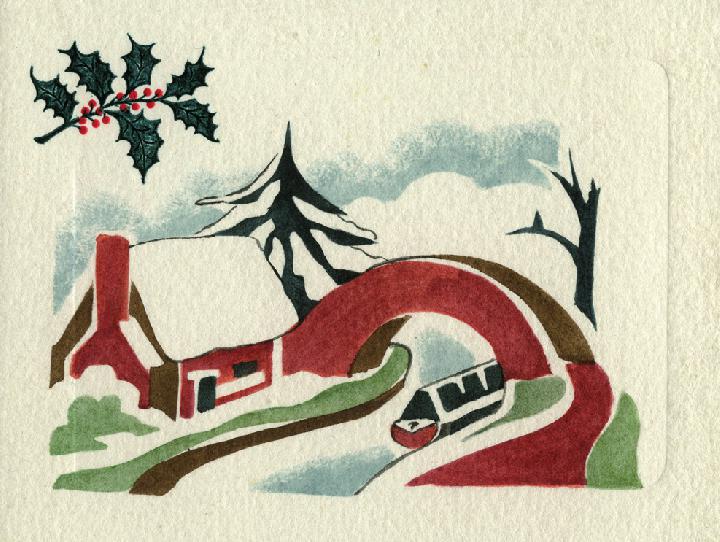