For many years the Walley family operated a small fleet of narrowboats that specialised in carrying flints imported mainly through Runcorn and taken up the Trent & Mersey Canal to Stoke-on-Trent where they were an important raw material for the pottery industry. The family business was founded by John Walley, a son of Thomas Walley and Sarah Blackbond who were married in Acton church near Nantwich in Cheshire on 29th November 1802. It is thought that Thomas may have been working on the section of the Ellesmere Canal that was being excavated at the time to link up with the Chester Canal at Hurleston. John was born at Burslem in about 1806 and he married Maria Jones in about 1833. The 1841 census records the family, then with three children, living at North Street, Stoke-on-Trent, when John was described as a shipping clerk, but ten years later he had moved to Middleport, Burslem, and was then described as a carrier’s clerk. White’s Directory of 1851 shows him as a cana… 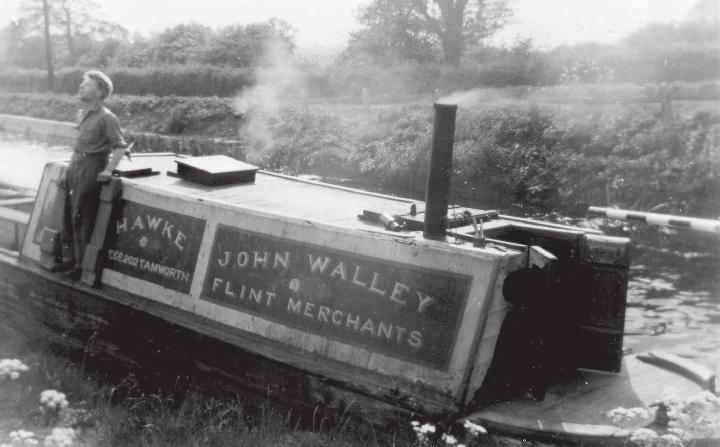