David Blagrove looks through Terry Putnam’s colourful photographs of boats carrying coal from Atherstone to the “Jam ’ole” at Southall, the last regular long-distance narrowboat traffic on the canals that ceased 40 years ago

Blue Line Canal Carriers Ltd took over the boats and canal carrying contracts of Samuel Barlow Coal Co Ltd in January 1962. The principal backer of this firm was Michael Streat, a long-time Inland Waterways Association member who had for some years run a successful hire and hotel boat business based at Barlows’ Yard, Braunston. Initially there were four crewed pairs and several single motors and butties, all wooden, in the fleet, but one pair was relinquished and the wooden motors and butties were gradually sold off during 1962–64. This left three pairs operating a contract to supply Kearley & Tonge’s Jam Factory in Southall, Middlesex, generally known as the “Jam ’ole”. They were occasionally assisted by sub-contractors if needed. For a while, loading was at Baddesley Basin in the flight of locks at Atherstone, but this was transferred to the wharf at Atherstone when the tramway connecting Baddesley Colliery to the canal was closed in the mid19… 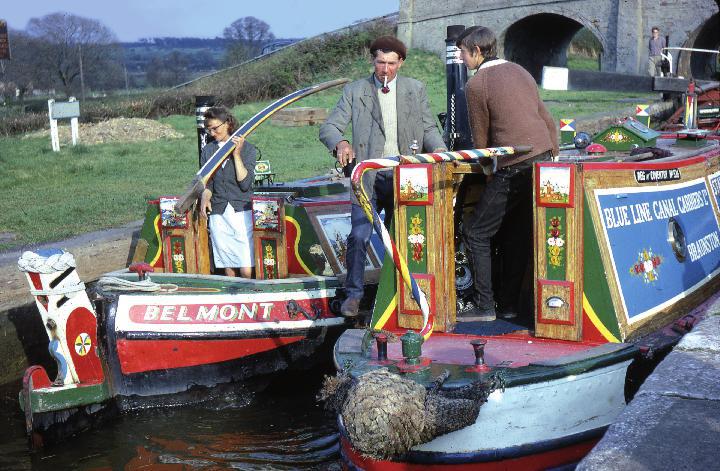