The photographs on these pages came from a collection that once belonged to a family of lock keepers at Grove Lock on the Grand Union Canal. They show the 40ft long, 9ft 6in beam, 3ft 6in draught wooden tug Brent, which had been built by Bushell Brothers at Tring in 1928 for the Regent’s Canal & Docks Co as a replacement for an earlier tug of the same name. Bushell Bros obviously did not hang around with orders, for it was only on 13th December 1927 that the Regent’s Canal & Docks Co minutes report: “Tug Brent which has been working on the Long Level for some time has been damaged and is generally in poor condition. Tug Northolt working in its place but is old and difficult to keep in working order. Ruislip has been fitted with a new 50hp Bolinder [at a cost of £613] and is now being thoroughly tested and is expected to be satisfactory.” There was a decision “To obtain quotes for the replacement tugs for Brent and Northolt.” Then, on … 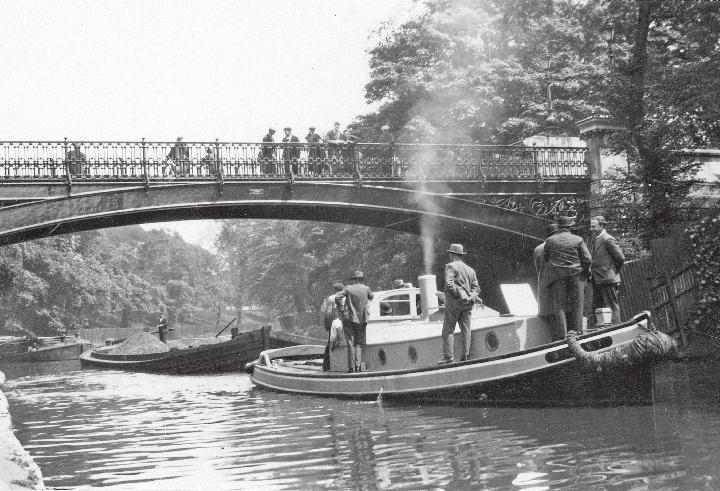