Canals That Never Were: NarrowBoat, Summer 2010

The Manchester Bolton & Bury Canal was authorised in 1791, and work was only just starting as the ‘Canal Mania’ got under way. The company soon examined how their ‘dead end’ waterway could be made part of a through route. They sought an Act to extend towards Rochdale and Yorkshire, but were eventually defeated by the Rochdale Canal scheme. They then looked westwards to a link with the anticipated new line of the Leeds & Liverpool Canal near Horwich, which never materialised. A third route was surveyed by William Bennet for 11 miles northwards from Bury to the intended L&L near Accrington, and a group of promoters, with the tacit support of the MB&B, successfully gained an Act for this in April 1794. Named the Haslingden Canal, it was to rise 530ft from Bury Bridge through Tottington and Ramsbottom to a summit level just over three miles long at Haslingden, then falling 357ft to a point in Accrington on a loop of the proposed L&L (which was … 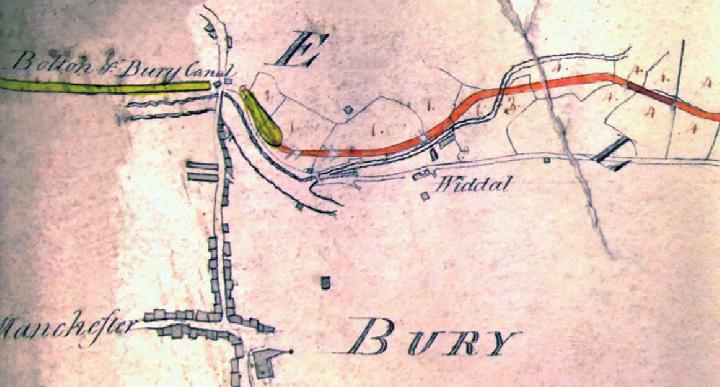