The Shropshire Union Railways & Canal Company (SURCC), to give the concern its full title, at one time operated what was arguably the largest fleet of narrowboats ever seen on the inland waterways. By the time the last boat joined in 1917 the sequential fleet numbering had reached almost 780. For many years the company effectively had a carrying monopoly on the Shropshire Union Canal, together with a major presence on the Birmingham Canal Navigations (BCN). It also operated extensive services on the River Mersey using a large fleet of flats, towed by a number of steam tugs. The company came into being on 3rd August 1846 when the Ellesmere & Chester Canal Co, which was facing increasing railway competition, decided to fight this threat by building three railways of its own. The first was a line from Wellington to Stafford that was opened in June 1849 as part of a larger scheme with another company for a line from Shrewsbury via Wellington to Wolverhampton. The other lines were… 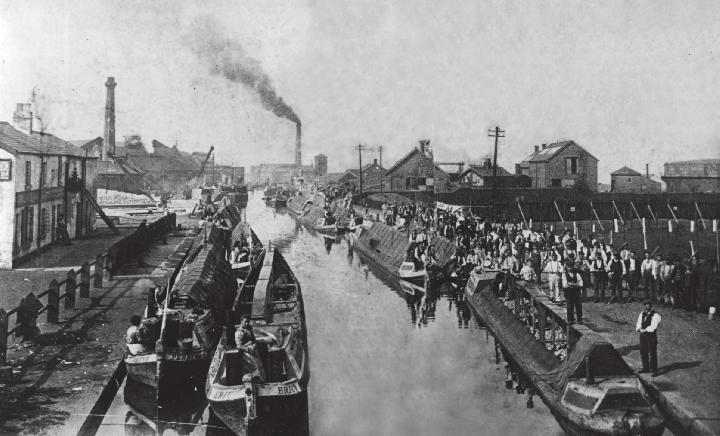