Canals That Never Were: NarrowBoat, Summer 2008

Richard Dean traces proposals for canals from Chester to Birkenhead, and Manchester to the Dee

The new channel cut in 1737 to confine the spreading waters of the Dee estuary helped to maintain Chester’s position as a regional port in competition with Liverpool, but the promotion of the Trent & Mersey Canal threatened to draw all the trade to Merseyside. When the 1766 T&M Act passed, Chester envisaged a canal along the later Shropshire Union route north of the city, then striking off from near Stoak across the marshes to the junction of the Weaver and Mersey at Frodsham. This was soon changed to a more inland route to Middlewich, which became the Chester Canal, but the Mersey connection was achieved in 1796 with the opening of the Ellesmere Canal’s Wirral Line to Ellesmere Port. A largely similar competing proposal, the Wirral Canal, had also included a branch from Stoak to the Frodsham Road at Bridge Trafford.Illustrations from Canalmaps Archive (www.canalmaps. net)Navigations built Proposed canals 1km 1 mile Based on Ordnance Survey mapping © Crown copy… 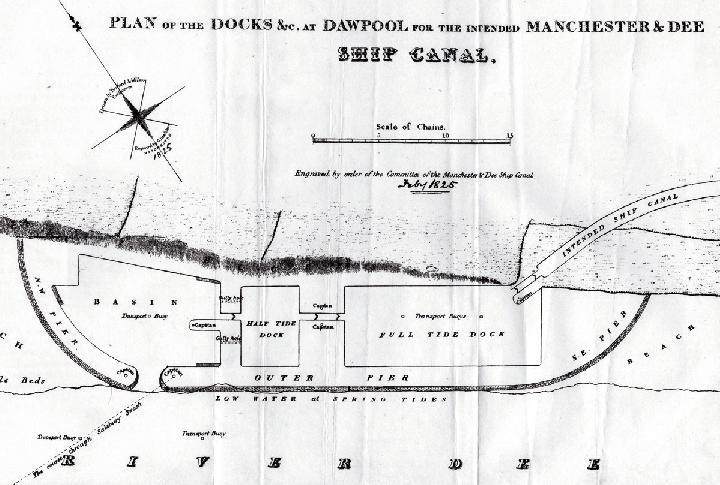