Picturing the Past: NarrowBoat, Winter 2009

T.W. King came from a boating family, was a toll clerk on the Birmingham Canal Navigations, and also a keen photographer – a winning combination in the photographic results!

Thomas William King was born in 1906 to a long-established boating family. His father was William Harry King and his grandfather was Edward King, who features in the article on Wide Boats elsewhere in this issue. When Will King first got married he lived at Bodymoor Heath, where he was a lengthsman on the Birmingham & Fazeley Canal. Soon after that, he moved to the cottage beside Brades Locks to work on the Birmingham Canal Navigations as a toll clerk. With his wife and two daughters, Ruth and Christine, he lived there for the rest of his life. He worked at many of the toll offices around the BCN, but mainly at the Tividale office at the northern end of Netherton Tunnel, in the shadow of the aqueduct that carries the Old Main Line across the Netherton Tunnel Branch. Here he set up a small museum of objects that he had collected. He also used to teach children off the boats to write their name, something that he felt was important.… 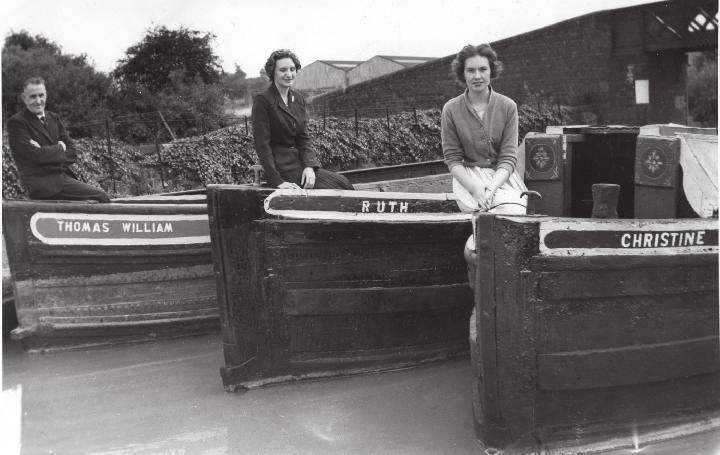