Charles Henry Norwood Seabrook was a lock-keeper on the Marsworth flight, employed by the Grand Junction Canal Company. He lived in the cottage at Lock 42 (half way up the flight). At about 6pm on Friday 20th February 1920 he left home to walk the half-mile to the White Lion Inn, at the bottom of the flight by Lock 39. Before he left, he agreed to meet his wife Rebecca and daughter Ada Jane, who needed some provisions, at the shop next to the pub at 10pm. Charles went to the shop as arranged but discovered his wife and daughter were not there, so he went home. On reaching the house, he found a light on in the kitchen as usual and therefore did not suspect anything was amiss, assuming his wife and daughter had gone to bed. However, when he locked up and went upstairs to go to bed, he found he was alone in the house. He then went to a neighbouring lock-keeper’s house to enquire whether his wife and daughter had been seen, but they had not. A search was started early the following… 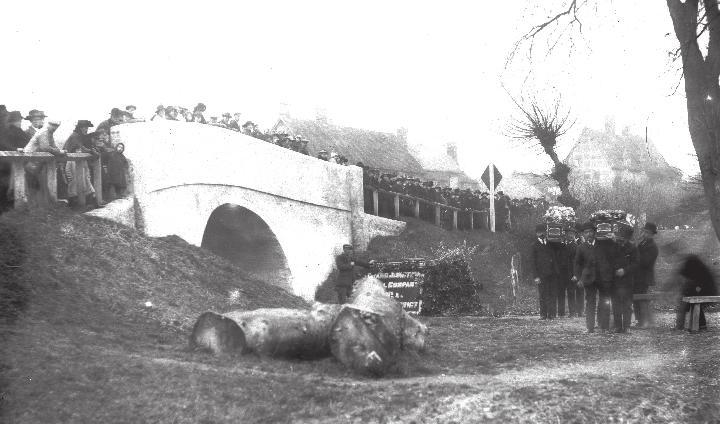