TOM FOXON looks at one aspect of the weather that could seriously hinder boating, and recalls his personal experiences

There are several natural events that can interfere with navigation on inland waterways. Little can be done in the short term about floods, but their effect is usually short-lived. Droughts may be more prolonged. But boatmen’s skills were such that fog rarely delayed traffic, although it caused the occasional dramatic collision. On the other hand, ice could cause serious disruption if left unchecked. However, it was something that waterway engineers could combat, sometimes succeeding in keeping waterways open in extreme and prolonged periods of frost. It was mainly canals that were affected by ice, rivers suffering only in the most extreme conditions, like in 1795 when the Trent was frozen at Gainsborough. But there were limits to the success of human endeavour. Periods of frost such as those occurring in 1795, 1947 and 1962–3 were prolonged and caused such thick ice that much of the system eventually came to a halt. During the period when waterway transport was important,… 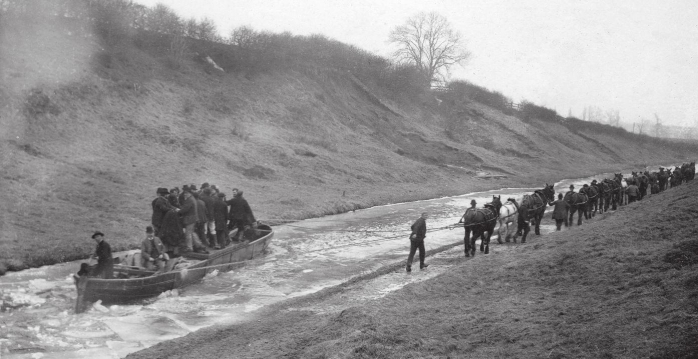