Canals That Never Were: NarrowBoat, Winter 2007

Telford’s Birmingham & Liverpool Junction Canal from Autherley to Nantwich opened in 1835. With the Ellesmere & Chester’s new Middlewich Branch, it created a faster and more convenient route between Manchester and Birmingham than by the Trent & Mersey or Macclesfield canals. However, the year 1837 saw the opening of the Grand Junction Railway from Birmingham into Lancashire, and the passing of an Act for a Manchester & Birmingham railway line. The threatened waterways responded with a scheme for a new canal 16 miles long from Middlewich to Altrincham to further shorten and speed up the traffic towards Manchester. It was designed by W. A. Provis, with steam towage in mind, and incorporated all the modern improvements of a direct line, with twin towing paths, waterway walls, and locks grouped in a single flight at Altrincham. This called for heavy engineering works throughout, including over a mile and a quarter of tunnelling at Knutsford, but saved 18 miles … 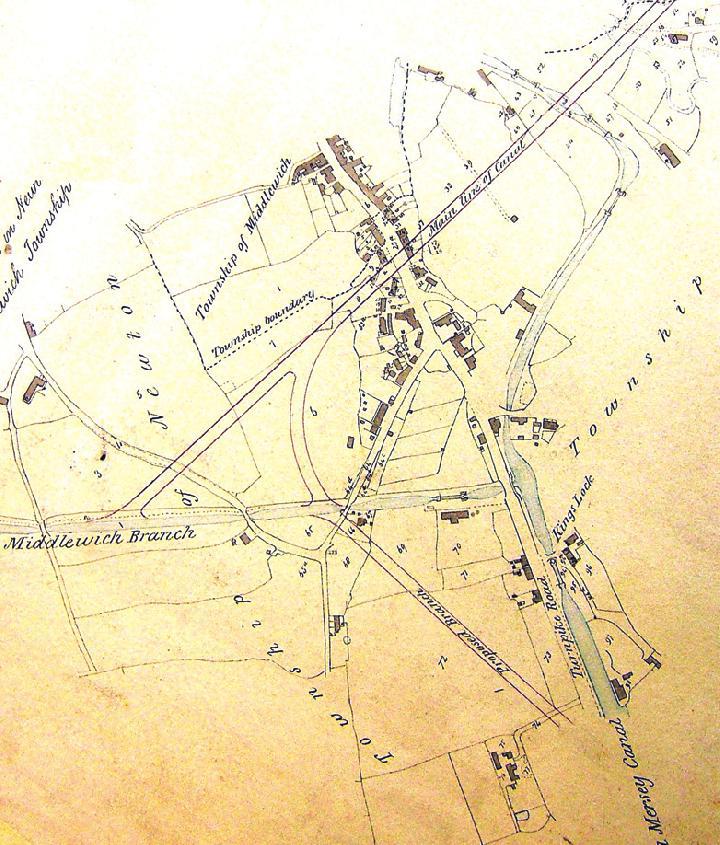