Canals That Never Were: NarrowBoat, Spring 2008 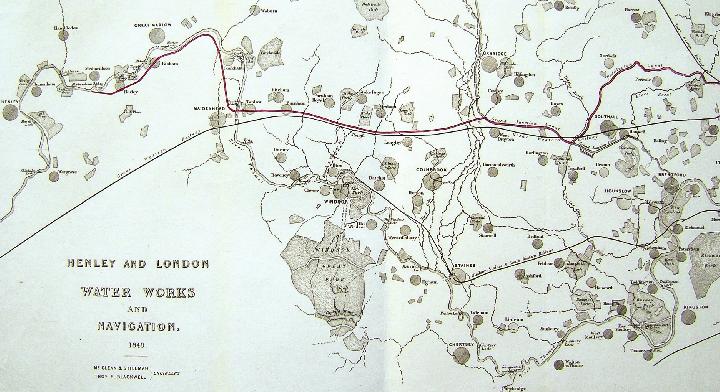 During the 18th century the River Thames was still a largely unimproved river where teams of men struggled to draw barges over shallows in drought, or against the current in floods, and a journey from London to Reading could take up to three weeks. As trade increased, the City of London commissioned James Brindley in 1770 to advise how the situation could be improved.

Brindley’s answer was clear – ignore 35 miles of the river altogether and bypass it with 18 miles of canal from Isleworth to near Bray, which could be navigated by 100-ton Thames barges in hours rather than weeks, at a fraction of the cost. Initially unsure, the Corporation sent him back specifically to look at improvements to the river, which he boldly said would be five or six times the £47,000 needed for a canal, with a much less satisfactory result.

Brindley’s canal, surveyed by his assistant Robert Whitworth, left the Thames at Isleworth and followed the south side of the River Crane, rising 62ft through eight locks to Feltham where the 14-mile summit level began. This ran through Bedfont, Stanwell, Colnbrook, Slough and Eton Wick to Monkey Island where it rejoined the river, which would also supply the channel, was the last serious attempt at a river link, although with the construction of the Grand Junction’s Slough Arm in 1882 the distance was reduced even further. This did not quite reach the terminus proposed, and as late as 1921 an Act necessary water. He also measured up a more expensive alternative ‘Lower Line’ (not shown here) through Hanworth, Staines, and Datchet. Branch canals were suggested to Staines and Windsor, and it prompted further surveys for an extension to Boulter’s Lock, and a continuation from Monkey Island through Waltham and Twyford to Sonning which soon developed a separate life.

Accepting Brindley’s scheme, the Corporation made preliminary moves towards applying for an Act of Parliament in 1771 to build the canal, but with objections looming from the Thames Commissioners and others they did not proceed. The Commissioners then took steps to improve the river, but a canal scheme on this general line persisted for many years, encouraged by the opening of the Grand Junction Canal in 1794 which potentially shortened the route and linked into the centre of London.

The Henley & London Canal of 1848, a sensible but unsuccessful proposal for a navigable water supply was obtained by Slough Estates to extend to its new factories, but the opportunity has never been taken to close the final gap to the Thames.

The new Jubilee River opened in 2002 from above Boulter’s Lock to Datchet was the last faint shadow of Brindley’s idea, but even that faded with the decision to build it for flood relief without any provision for navigation. 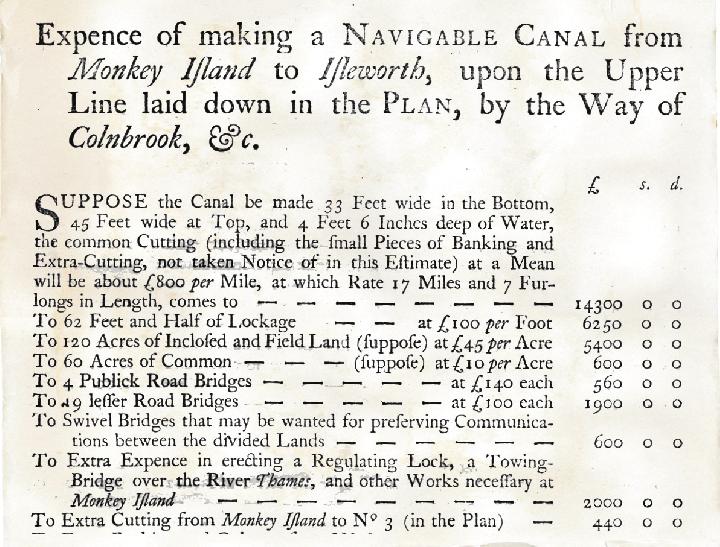 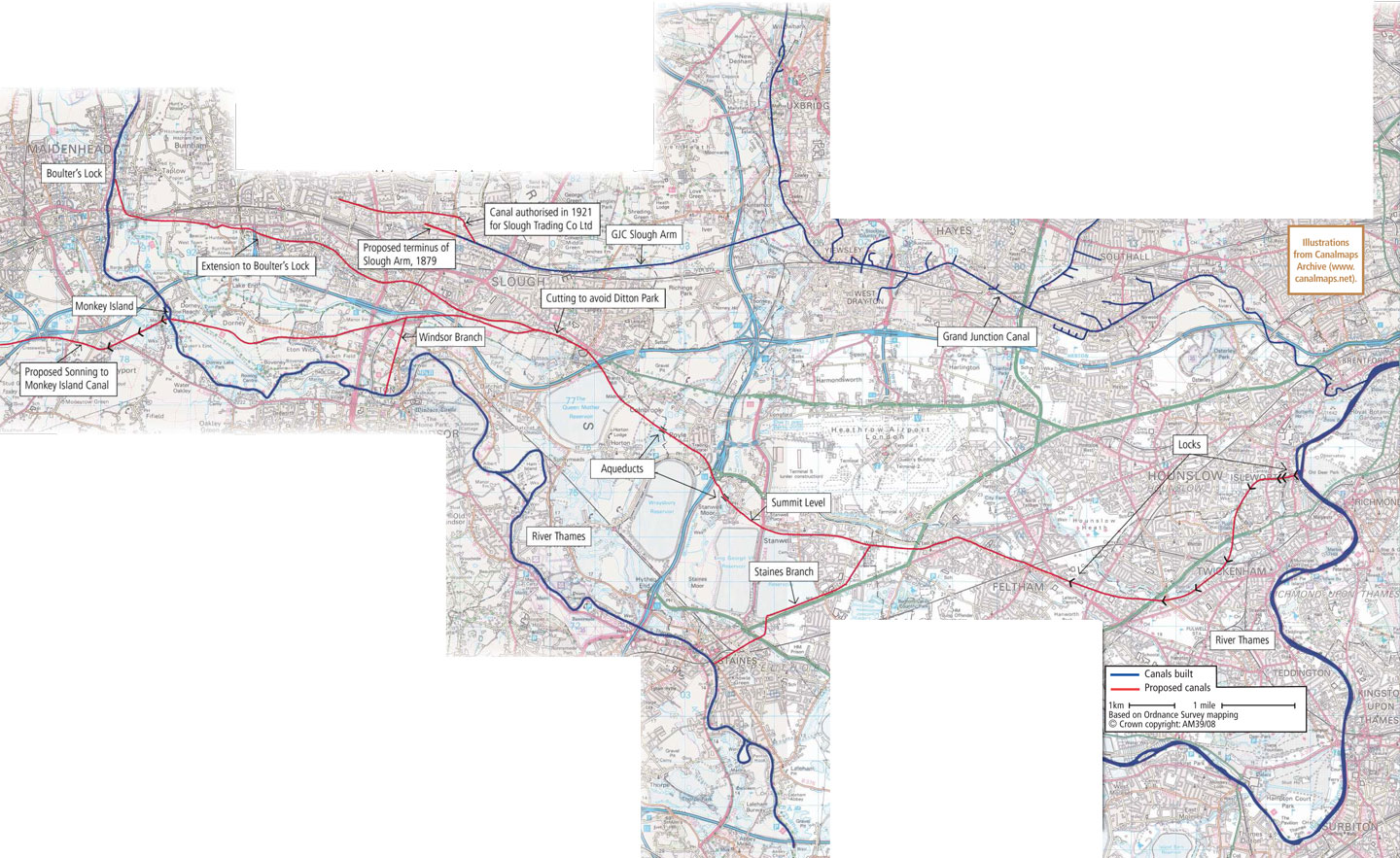 Based on Ordnance Survey mapping © Crown copyright: AM39/08