The story of the Thames is virtually the story of England, for the Thames has seemingly been navigated for as long as human beings have lived in Britain. Its fords and crossing places have revealed artefacts as ancient as the Stone Age, while similar evidence of boat traffic goes back at least to the Bronze Age. The existence of Roman settlements along its banks would seem to indicate that it was in use during the Roman occupation (43–410AD) and it was already a significant highway in the Anglo-Saxon era. It is probably during the five centuries of the AngloSaxon period that the river began to be regularly dammed with weirs for milling purposes, and these weirs were provided with a form of moveable device to allow barges to pass. Also during this period the river became a physical boundary between the independent kingdoms of Wessex and Mercia. This division is a logical one in that the river virtually bisects the south of England from the Cotswolds to the North Sea and it remain… 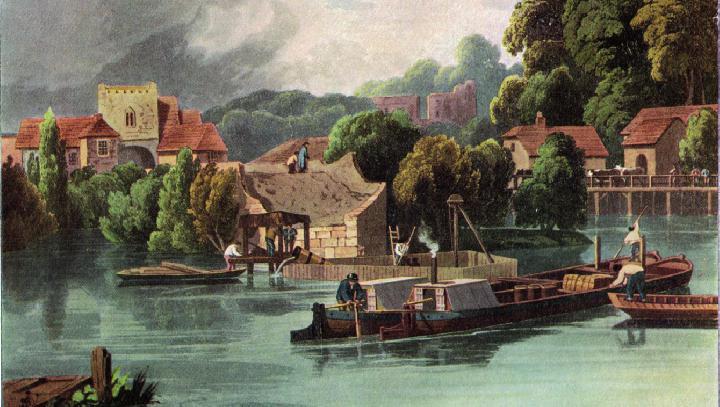