Canals That Never Were: NarrowBoat, Autumn 2008

Situated on the brow of a hill above Manchester, the town of Oldham was badly placed for canal access, but as it grew into an industrial centre the need to connect it to the canal system became more urgent. The Manchester, Ashtonunder-Lyne & Oldham Canal was first on the scene, a branch to Park Bridge, SE of Oldham, being authorised with their main line in 1792. It was only built as far as Bardsley (the Fairbottom Branch). At the same time the Rochdale Canal was seeking an Act for its line, not achieved until 1794, with a short branch to Hollinwood. Meanwhile, the Ashton Canal had already obtained power to construct to Stake Leach, Hollinwood, where it connected with a private extension to Werneth Colliery, cutting off access between Oldham and the Rochdale’s proposed branch, which was never built. A Rochdale & Ashton link canal south of Hollinwood was discussed several times, but never progressed. With the coming of the railways the Oldham area was better served than be… 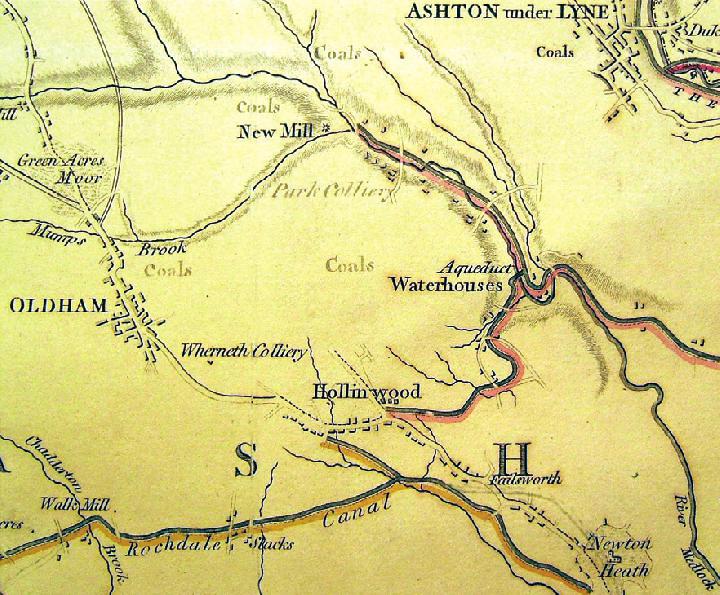