In about 1877 William Henry Cowburn began his business as a chemical merchant specialising in products used in the Lancashire textile industry. The business expanded steadily but was given considerable extra impetus by the founding of the Cowpar Chemical Company in 1887. This was a partnership between Cowburn and a Mr Parkinson who traded as a manufacturing chemist. They were soon advertising “Spirits of Salts, Vitriol, and all solutions for dyers, printers and bleachers”. Premises at the Potato Wharf in Castlefield Basin on the Bridgewater Canal in Manchester were taken over in 1887. During the late 1890s Cowburn began to supply cotton manufacturer Samuel Courtauld with chemicals. These were used in early experiments which were, eventually, to lead to the production of viscose fibres – artificial silk, as it was then known. W.H. Cowburn Ltd was by 1914 responsible for the supply of much of Courtaulds’ raw material, some of it manufactured by the Cowpar Chemica… 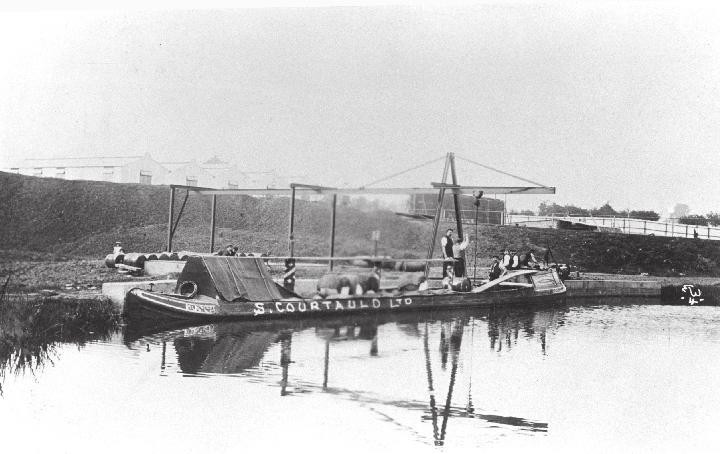