Alan Faulkner looks at one of the last carrying companies to trade on the Trent & Mersey Canal, who maintained a high standard of decoration on their boats

The Mersey Weaver & Ship Canal Carrying Co Ltd was one of the last independent concerns to trade on the Trent & Mersey Canal and connecting waterways and it was noted for maintaining a high standard of decoration on its boats. The company had its origins in the Cheshire salt trades. Many of the salt proprietors operated craft on the River Weaver and the Trent & Mersey Canal and, whilst the main traffic was their salt being shipped out of the area for export, several had become involved in carrying materials for the pottery industry as a return cargo. Competition in the salt industry was fierce and in 1888 most of the Cheshire producers, together with those at Stoke Prior in Worcestershire and others from Middlesbrough on Teesside and from Ireland, joined together to form the Salt Union Ltd in a bid to stabilise and develop the market. As a result, the new concern became heir to a mixture of inland waterway craft. One of the constituents of the Salt Union was Joseph Verdin… 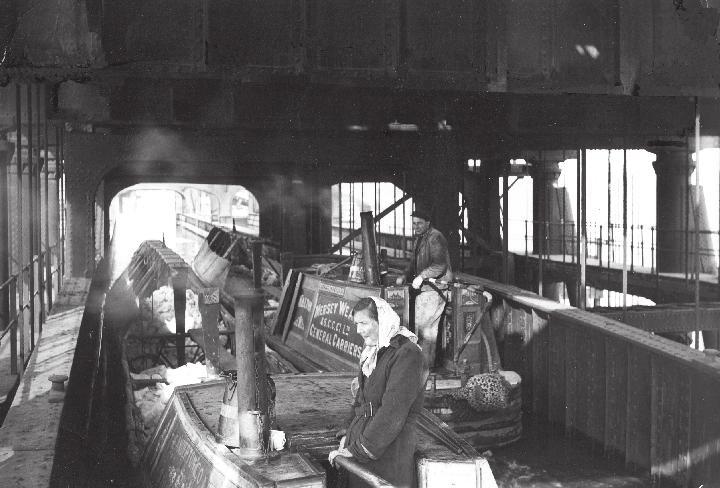