Picturing the Past: NarrowBoat, Autumn 2007

The two fine photographs on the following pages come from postcards, kindly loaned to NarrowBoat by Eddie Hambridge. They capture the immediate aftermath of the Whitsun 1922 stoppage at Braunston Locks on the Grand Junction Canal. Both were taken from the bridge over the tail of the bottom lock. They show an intensively worked transport route, very different from today’s scene at Braunston. The Grand Junction Canal had carried its highest tonnage just eight years earlier in 1914. Although railway competition had altered the nature of the traffics, tonnages carried had continued to increase. However, when the photographs were taken, road competition was just beginning to bite, with the availability of cheap ex First World War lorries. Clearly the stoppage had just been lifted and the boats at the front of the queue are preparing to enter the bottom lock. The canal as far as Butcher’s Bridge conveys the impression of the total chaos common on these occasions in trading days… 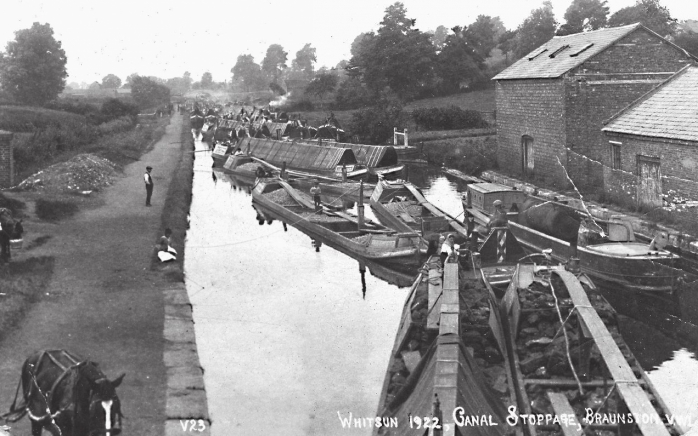