Canals That Never Were: NarrowBoat, Summer 2007

We follow the proposed route of an ambitious canal to link Bristol with the south coast that was to have four unique ‘balance locks’ or boat lifts, one of which was built

The desirability of a water route from Bristol to the south coast avoiding the rigours of sailing around Land’s End prompted several canal schemes, particularly during the ‘Canal Mania’ of the early 1790s. The Dorset & Somerset was one of these, with a line connecting the proposed Western Canal (later to be known as the Kennet & Avon Canal) with Poole Harbour, via Frome and Wincanton. Robert Whitworth carried out the initial engineering appraisal for this narrowboat canal in 1793, but soon dropped out of the picture in favour of his assistant William Bennet who undertook the detailed surveys and became the company’s engineer. He took some time carefully measuring the ground, and the plan produced is a model of accuracy for its time. After difficulties with landowners and the choice of a route, the southern part was deferred, and the Act obtained in 1796 (36 Geo 3 c.xlvii) covered only the first 48 miles as far as Gains Cross, a remote roadside location … 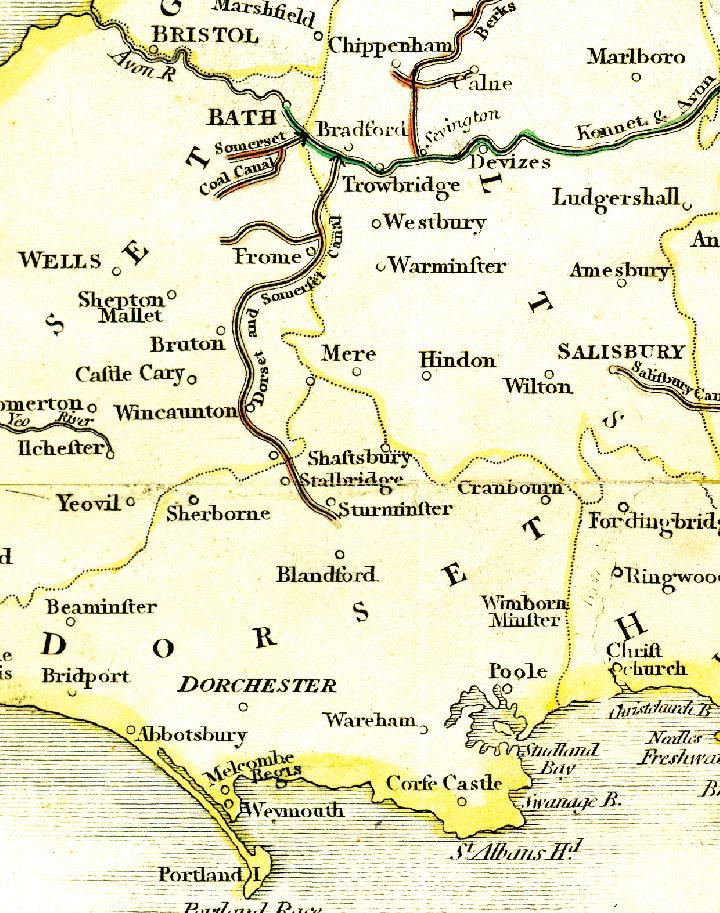