Dracone on the Severn

In 1956, Prof W.R. Hawthorne began work at the University of Cambridge on a flexible tube for transporting liquids by water. Closure of the Suez Canal that year and diversion of oil tankers around the Cape of Good Hope had acted as a spur towards ideas on methods of carrying oil in an alternative to a traditional ship. The Professor’s team began by towing a sausage skin, filled with alcohol and tied at both ends, around a laboratory wave tank. After testing several models at the National Physical Laboratory, a 67ft-long ‘sausage’ of 3ft diameter, named the Dracone (after the Greek Drakon for serpent), was produced. Trials were performed with this, carrying 10 tons of liquid cargo, on the Great Ouse, near Cambridge, and subsequently in Harwich harbour and out at sea. In March 1962, a 150ft-long version of this flexible barge with a 7ft diameter was tried out on the Severn petroleum trade, delivering about 120 tons of diesel oil from Avonmouth to Gloucester, under tow… 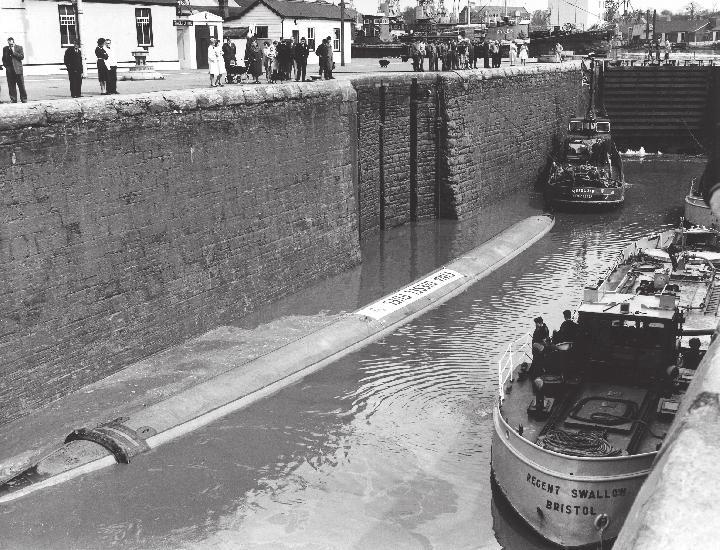