Alan Faulkner turns his attention to a varied fleet of narrowboats, barges and tugs that operated on the river Severn and the adjoining canals.

For many years, the most important trader on the River Severn and its connecting waterways was the Severn & Canal Carrying Co Ltd. It had built up a large fleet of craft: narrowboats working mainly on the canals; barges, trows and tugs on the river itself; and sea-going craft working out into the Bristol Channel. The company came into existence in 1873 but could trace its roots much further back. Towards the end of the 18th century Samuel Danks, a Wednesbury coal master, established a fleet of trows at Stourport to operate on the Severn, and in 1804 he added a fleet of narrowboats, which traded up the Staffordshire & Worcestershire Canal to the West Midlands. On his death in 1805, John and Isaiah Danks and Edmund Tyler took over the narrowboats, along with a wharf at Broad Street, Birmingham, from where they traded as Danks, Tyler & Danks. In 1831 John Danks became the sole proprietor, trading mainly between Birmingham, Worcester, Gloucester and Bristol, but at times to mo… 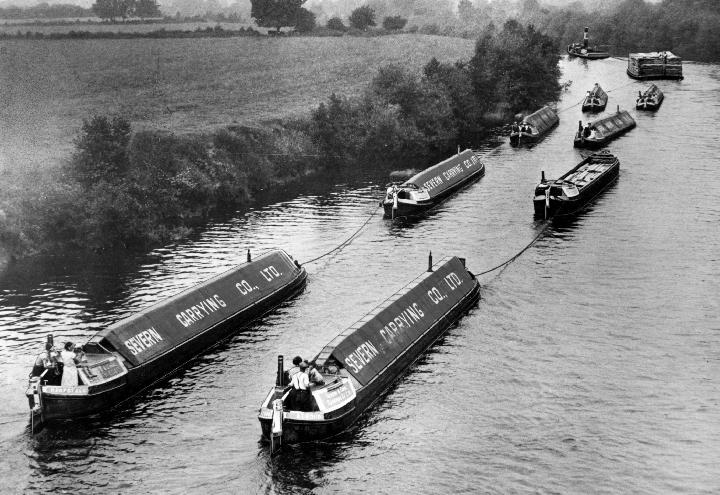