Picturing the Past: NarrowBoat, Autumn 2022

This is our free-access sample article from the Autumn 2022 NarrowBoat. 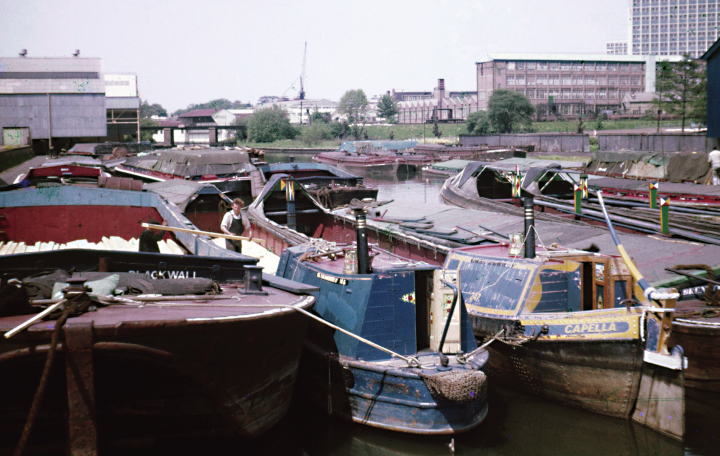 Taken in around 1964, this general view of the Meadow at Brentford shows that there was still a lot of traffic halfway through the last full decade of trade to the Midlands. Motor Badsey and butty Capella grab the centre of attention. Captain Ted Ward, aboard the motor, is loading planks by hand, which are being passed over the side by a man aboard river lighter Blackwall. These softwood planks were known as deals, and referred to as converted timber as they have already been sawn.

The lighter would have been towed up from London Docks by steam or diesel tug, and would have had to be unloaded as quickly as possible to avoid any demurrage charges. Note how the mast on Capella has been moved forward to the cratch so the long lengths of timber can be stowed easily. Its weight made it a light load and so was stacked well above the gunwales and clothed over to keep it dry on the journey north.

Both boats were used by Willow Wren Canal Transport Services Ltd and hired from British Waterways after the latter had given up most of its narrowboat operations, hence the owner’s name ‘British Waterways’ having been painted out on the cabin sides. Both were built by Harland & Wolff for the Grand Union Canal Carrying Co Ltd: Small Woolwich Capella in 1935 and Large Woolwich Badsey in 1936. 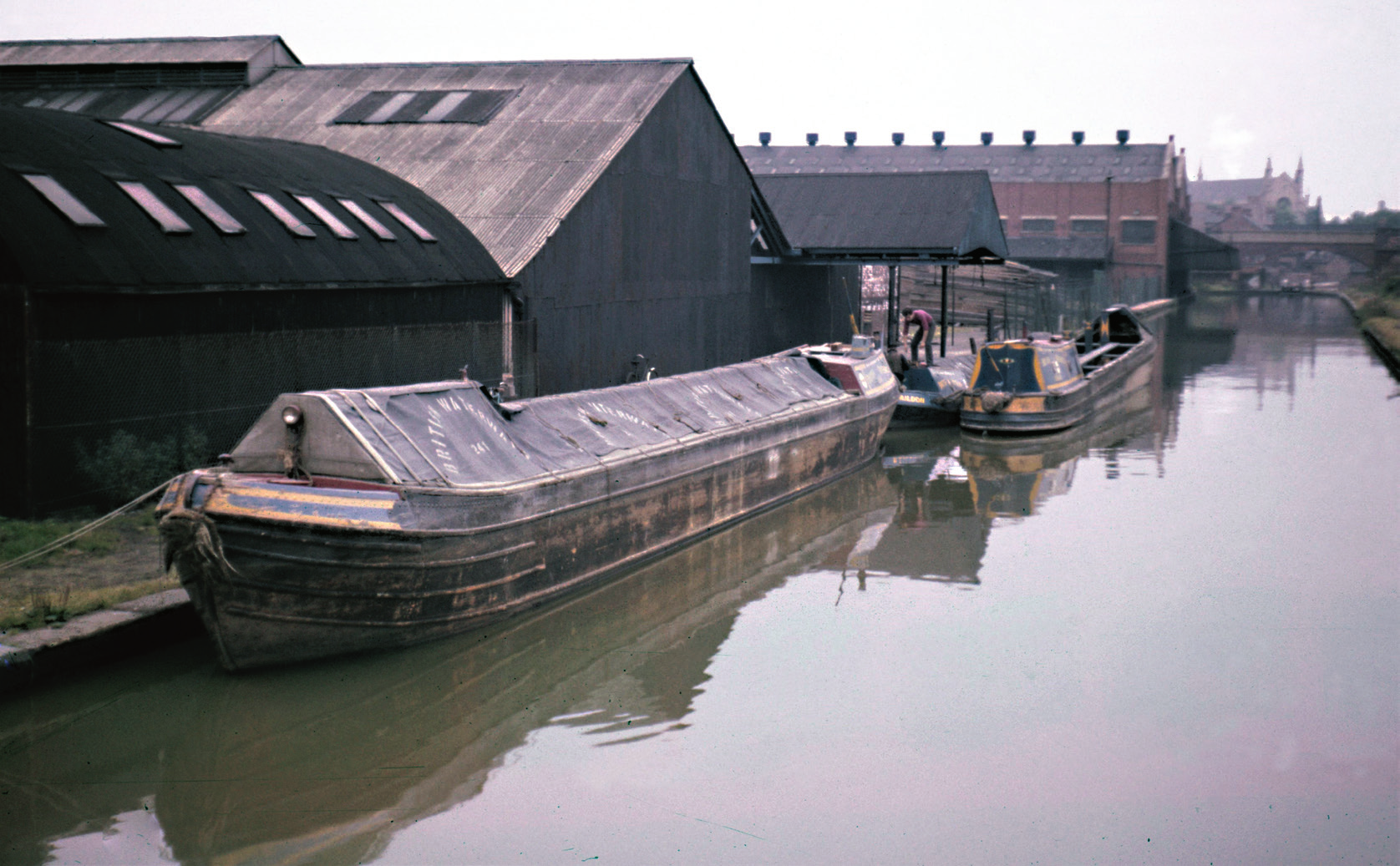 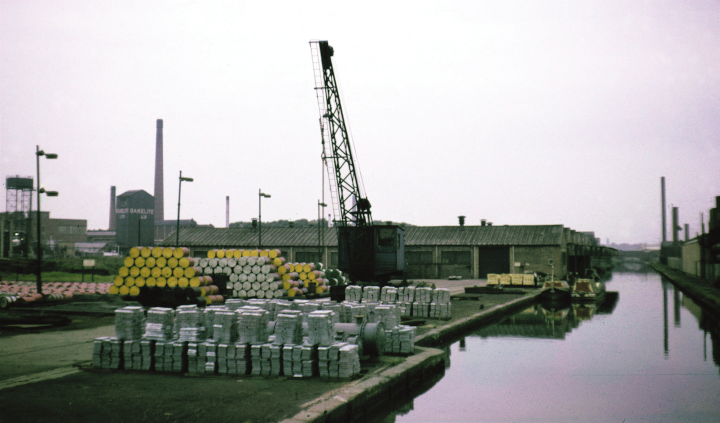 These two images were taken several years earlier in September 1962 when the British Waterways fleet was still active. Here at Tyseley Wharf, several different cargoes are stacked and awaiting onward delivery by road. The nearest appears to be either aluminium ingots or spelter (zinc) ingots. Both were a regular cargo loaded at Regent’s Canal Dock directly overside from a ship, or lightered up to Brentford and transhipped into narrowboats there. Steel was another metal cargo that came the same way, which was transhipped at Regent’s Canal Dock all the way from Belgium.

A pair of Willow Wren boats are moored against the wharf, having recently unloaded their cargo. Both motor and butty appear to be former Fellows, Morton & Clayton craft.

Further along, towards Birmingham, was Sampson Road Depot where some British Waterways boats are moored. Known as Birmingham Quay, this was the receiving point for foodstuffs such as tinned tomatoes and tinned fish, and also cotton.

The nearest boat is the Large Woolwich butty Branksome, built by Harland & Wolff in 1936 and lying empty, while its sister vessel Baildon is fully laden behind it and waiting to unload. It looks as if it has been recently docked, judging by the all-blue livery. Its motor is unidentified but could be Halsall, which was paired with Baildon about this time and captained by Ted Barratt Jnr. Halsall was a Large Northwich motor as shown here, and built by W.J. Yarwood & Sons Ltd in 1936.

Although Branksome is shown as a single boat, it was paired about this time to Large Northwich motor Pinner, captained by C. Jones.

In the distance is the top lock of the Camp Hill flight, down which many of the empty boats would descend to take the Bottom Road route along the Birmingham & Fazeley Canal to the Warwickshire colliery district. Here they would load coal for the southbound journey, mainly to the papermills of John Dickinson & Co Ltd at Apsley and Croxley.

The contract for Apsley was lost shortly after BW ceased most of its carrying operations in 1963. Coal was also taken to the Colne Valley Sewage Works, near Rickmansworth, for coal factors Dinham, Fawcus & Co Ltd.