Picturing the Past: NarrowBoat, Summer 2021

This is our free-access sample article from the Summer 2021 NarrowBoat. 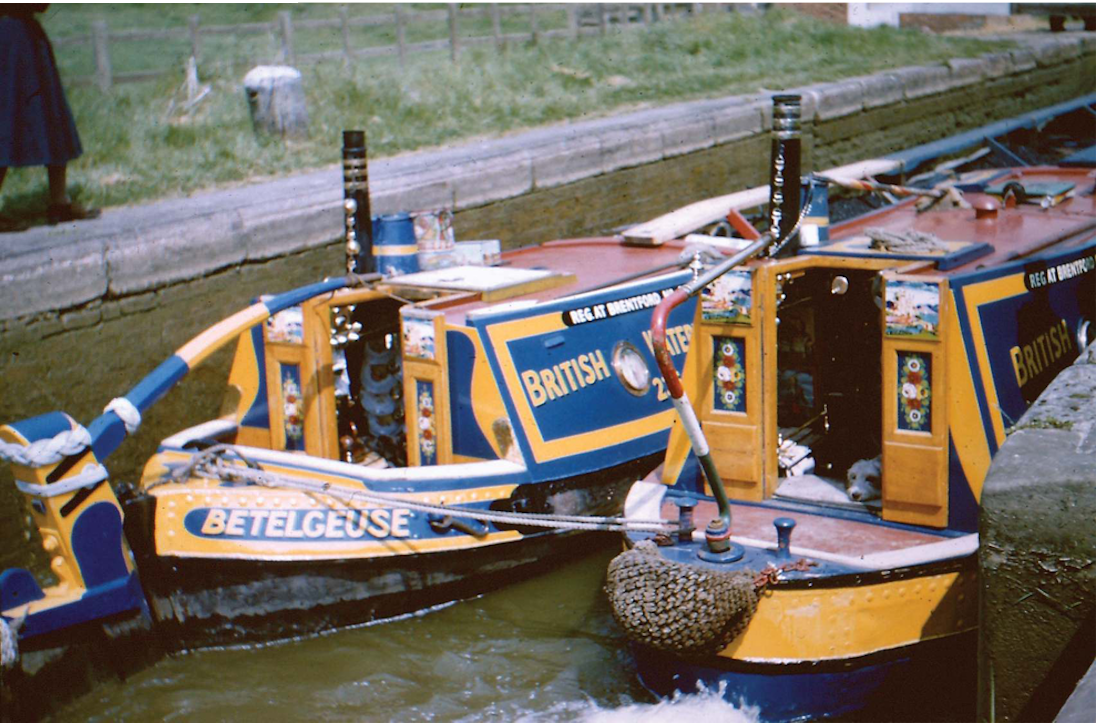 A close-up view of Bargus and Betelgeuse was taken at the next lock up at Braunston. Judging from the condition of the paintwork, with hardly a scratch to be seen, they must have been on their first or second trip off the dock. The roses and castles decorations were actually transfers based on the distinctive paintwork of Frank Jones of Leighton Buzzard, only without the flair and subtlety of his own hand. The boats are carrying small coal used for industrial purposes, most likely at one of the paper mills operated by John Dickinson & Co Ltd in Hertfordshire. 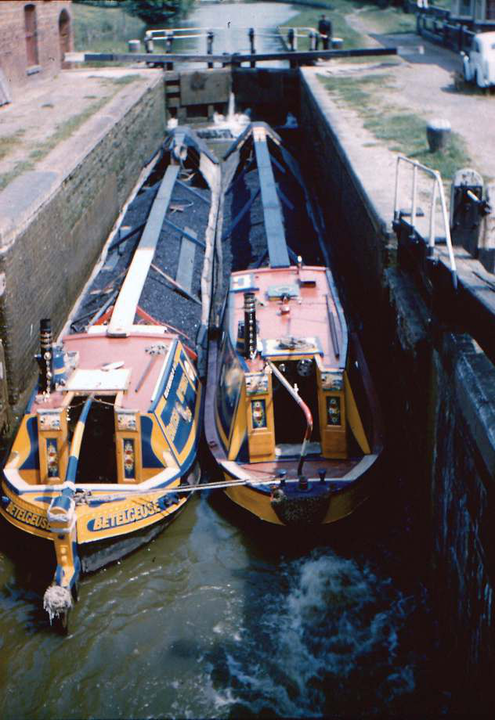 A newly docked pair of British Waterways boats make their own way into Braunston Bottom Lock under power. A crew member stands at one of the ground paddles and is just about to wind it up to stop their forward motion and prevent them hitting the cill. The crew have used the timehonoured practice of holding the tillers in position with short strings to prevent them swinging about once the forward motion of the pair is arrested. The boats are two Small Woolwich steelcomposite Star Class craft; the motor is Bargus and the butty Betelgeuse, and both were built for the Grand Union Canal Carrying Co Ltd in the late autumn of 1935. They are very smartly turned out and a credit to their crew. 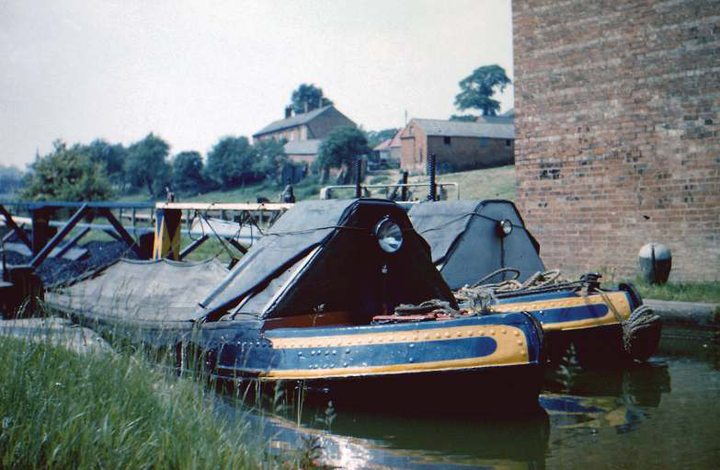 After the levels have equalised, the pair start to exit the same lock by singling out. Their side cloths are drawn up at the fore end of the hold to stop them potentially shipping water from the gate paddles when going uphill. The shadows indicate these images at Braunston were taken in the late afternoon. 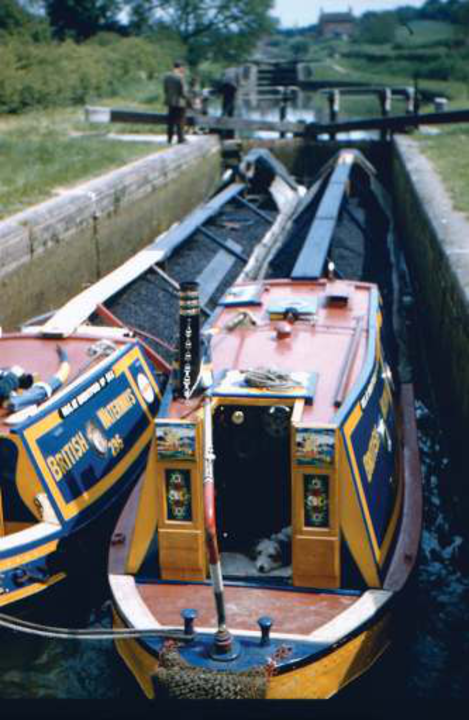 Further up the flight the pair ascend Lock No 4. Because they will now be worked breasted-up from Nelson Lock No 3, the butty steerer has dismounted the tiller and laid it on the cabin top. 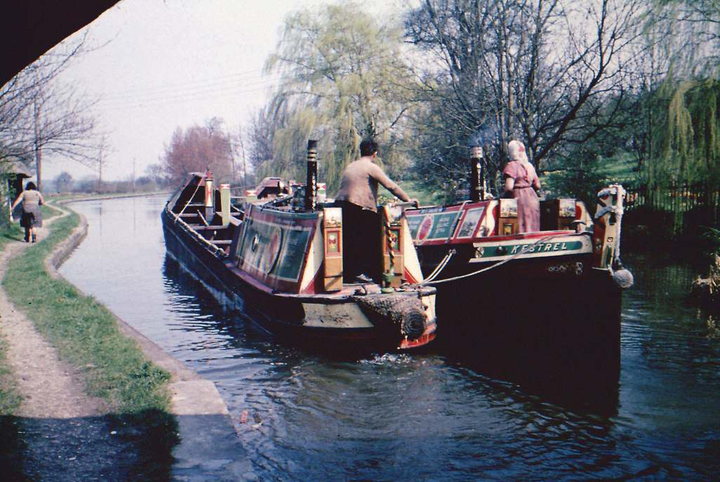 Willow Wren Canal Carrying Co Ltd owned a variety of second-hand craft including motor Mallard and butty Kestrel. Both were built by W.J. Yarwood & Sons Ltd as all-steel craft, including rivetted living cabins. Mallard was finished on 9th August 1935 as Elm for the Erewash Canal Carrying Co Ltd fleet of Leicester (NB Autumn 2016) and was sold to Willow Wren in February 1954. Kestrel was built for the Grand Union Canal Carrying Co Ltd as Triagulum and finished on 17th March 1936. It was one of the company’s Star Class middle Northwich craft, built with V-section bottoms, and entered the Willow Wren fleet as Elizabeth, having been bought from the Wyvern Shipping Co in June 1956 (NB Winter 2013). 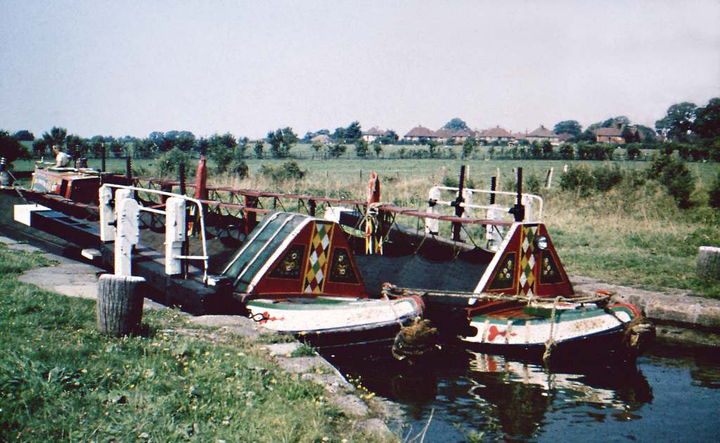 Here Samuel Barlow Coal Co Ltd motor Neptune and butty Lucy leave one of the Marsworth locks breasted-up in the final years of the company’s carrying activities. Neptune was built by W.H. Walker & Brothers of Rickmansworth for the Grand Union Canal Carrying Co Ltd as one of its wooden Star Class small Ricky boats in 1934. It was acquired by Barlow’s in April 1943 and remained in the fleet until the company ceased carrying in 1961. Butty Lucy was built for John Knill & Son at Barlow’s yard at Braunston Wharf and launched on 15th January 1953. It was transferred into Barlow’s fleet in January 1955 after it bought out Knill’s business. They were carrying coal, either for one of Barlow’s own customers or under subcontract for British Waterways, to one of John Dickinson & Co Ltd’s paper mills. At this time, the pair were captained by William Humphris. 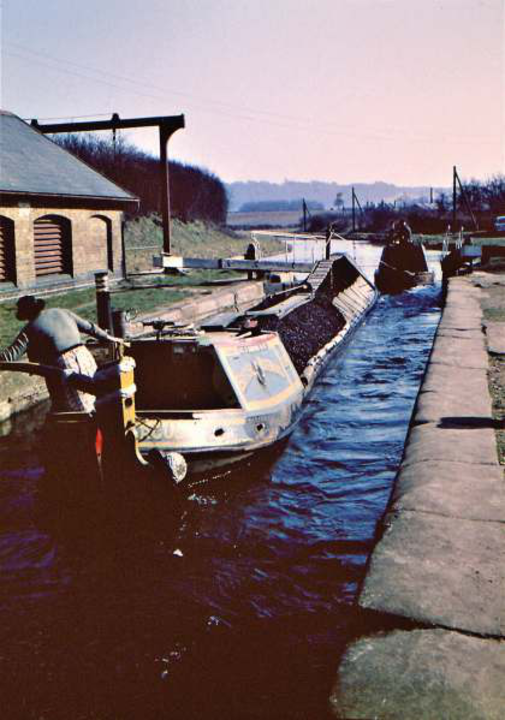 The nearest lock to Bulbourne Workshops is Marsworth Top Lock No 45, just 500 yards to the north. On the extreme right is the entrance to the Wendover Branch with the dry dock alongside the lock on the left. This heavily coal-laden British Waterways pair show the old practice of using running blocks on the butty. The towline can be seen leading from the motor’s counter through a pulley block on the mast, then through a single running block on the top plank to a substantial T-stud bolted through the cabin roof behind the slide. The nearest boat is the small Woolwich iron composite butty Argus, built for the Grand Union Canal Carrying Co Ltd in the summer of 1935. 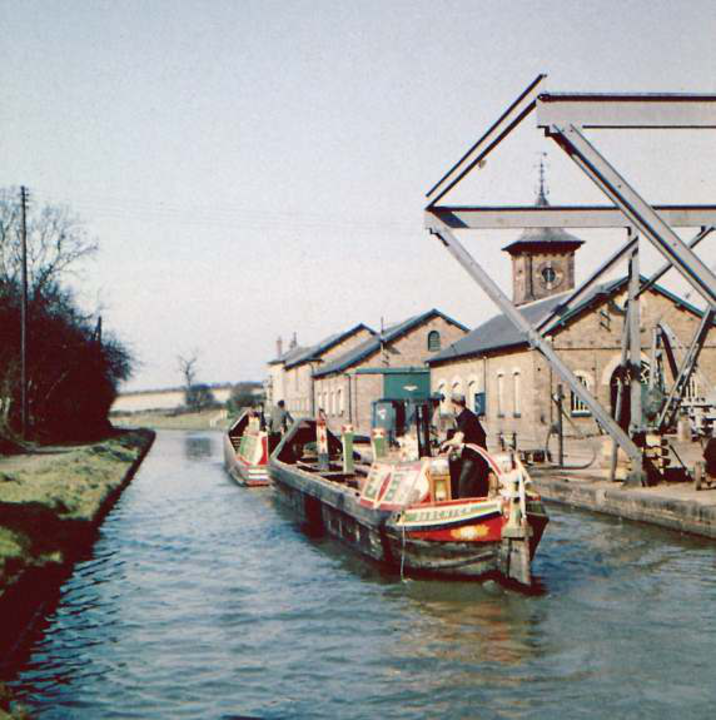 On their way north, Willow Wren Canal Carrying Co Ltd’s (NB Winter 2012) motor Avocet and butty Dabchick pass the British Waterways maintenance workshops at Bulbourne, near Tring. This pair were crewed for several years in the early 1960s by Jack and Doris Monk. Wooden motor Avocet was built as Raven for Fellows, Morton & Clayton Ltd in the summer of 1917. It was rebuilt in June 1940 and later bought by Willow Wren in October 1954, entering service in the summer of 1958 after docking. The iron butty, originally an LMS railway boat, was bought from boat-builders and canal-contractors Peter Keay & Son in July 1957. Renamed Dabchick, it entered service in November that year. 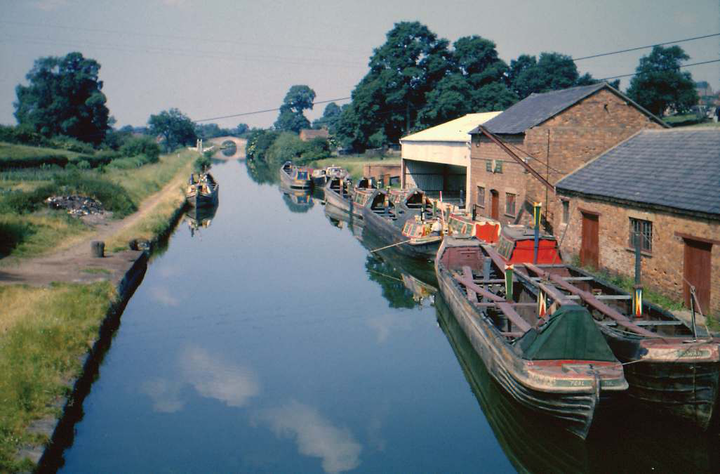 One of the last carriers on the Grand Union in the 1960s was Willow Wren Canal Carrying Co Ltd and its successor company, Willow Wren Canal Transport Services Ltd, incorporated on 30th April 1963. The original company took over this yard below Braunston Bottom Lock in December 1954 for docking its own craft as well as those of other carriers. The two nearest boats are motor Swan and butty Teal. Swan was originally built by Harland & Wolff of Woolwich in 1937 for the Grand Union Canal Carrying Co Ltd as the large Woolwich all-steel Dunstable. It came into the Willow Wren fleet from Samuel Barlow Coal Co Ltd as Dunstan in the late summer of 1957. Teal was originally built for Fellows, Morton & Clayton Ltd in 1910 as the iron composite Grimsby. After passing through several owners, it was bought by Willow Wren in the spring of 1955.