Picturing the Past: NarrowBoat, Spring 2021

This is our free-access sample article from the Spring 2021 NarrowBoat. 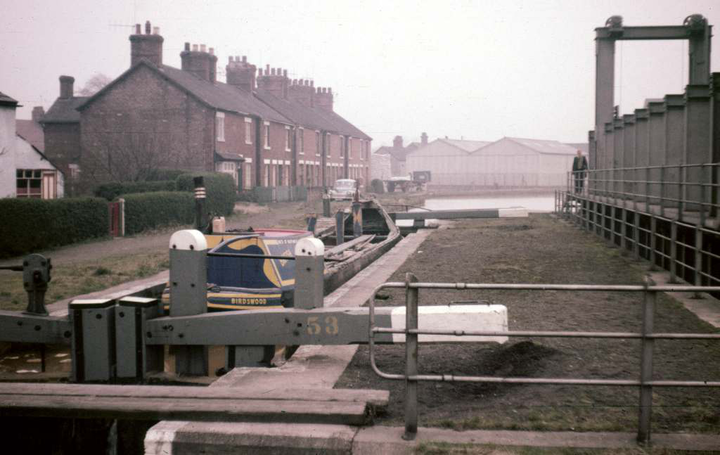 The first two of these four images show the distinctive steel lock at Thurlwood Upper Locks No 53, with the British Waterways pair Effingham and butty Birdswood negotiating both locks.

This location was both industrial and residential, with Bibbey Street running along the off-side canal bank in front of the houses. The sheds in the background of the above image are Rode Heath Mill Road Haulage Depot against Sandbach Road.

This location had been susceptible to subsidence for many years due to salt production, which commenced in 1779. The mines later flooded so brine pumping started, lasting until 1927 when it ceased due tosevere subsidence. In 1950 this subsidence reached the lock, damaging it along with the towpath. Both the locks were rebuilt at different times but the one on the towpath side suffered subsidence again.

The solution was to rebuild it as a self-supporting steel-box structure that could be jacked up, should further subsidence occur. The lock was 106ft long, 18ft wide and 45ft deep with the steel tank being 72ft long, 7ft 9in wide and 18ft deep. The lock was reopened on 19th May 1958. A double-arch bridge below the locks was also rebuilt in pre-stressed concrete as that too was damaged. 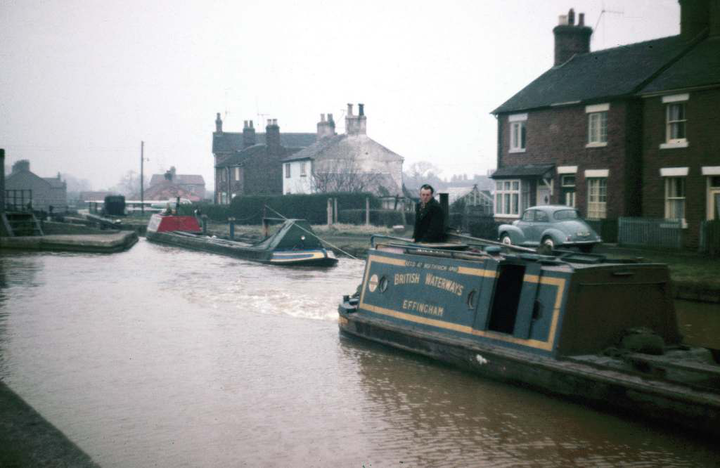 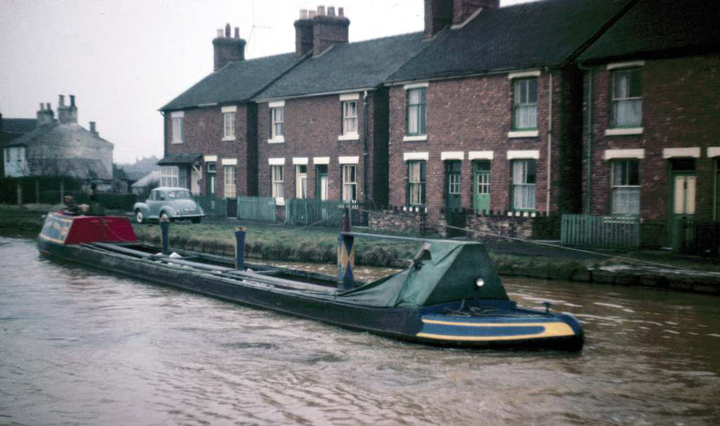 The last two images show motor Effingham and butty Birdswood leaving the locks. Effingham is an all-steel craft built at Northwich by Isaac Pimblott & Sons Ltd for British Waterways and fitted with a Parsons Merganser aircooled two-cylinder engine. It was launched on 16th March 1959.

Birdswood was also built at Northwich but by W.J. Yarwood & Sons Ltd for the London, Midland & Scottish Railway Company as Ross, an all-steel open boat completed in November 1938.

During the 1950s Ross, along with 11 other ex-LMS boats, was acquired by British Transport Waterways and all were converted into living cabin boats at Stone and Longport in Staffordshire. Ross was renamed Birdswood and was registered under the Canal Boats Act at Birmingham in June 1955. It was subsequently reregistered at Northwich in October 1958 andwas used by British Waterways North West Division southern carrying fleet (NB Autumn 2012).

Birdswood was built 70ft long but Effingham was built 1ft longer which made it awkward at some of the Trent & Mersey locks. Several Pimblottbuilt motors were constructed with vertical stems and, as such, they could not fit into the locks against the cills as easily as a more traditional-built craft with a raked stem, and so were disliked by the boaters.

The year 1964 was crucial as on 6th October British Waterways gave up its narrowboat fleet and 20 craft were leased to Willow Wren Canal Carrying Company Ltd, which took over the existing traffics. Two of these boats were Effingham and Birdswood. The cargo was feldspar, carried from Weston Point Docks to W.J. Dolby Ltd’s works at Stoke-on-Trent.